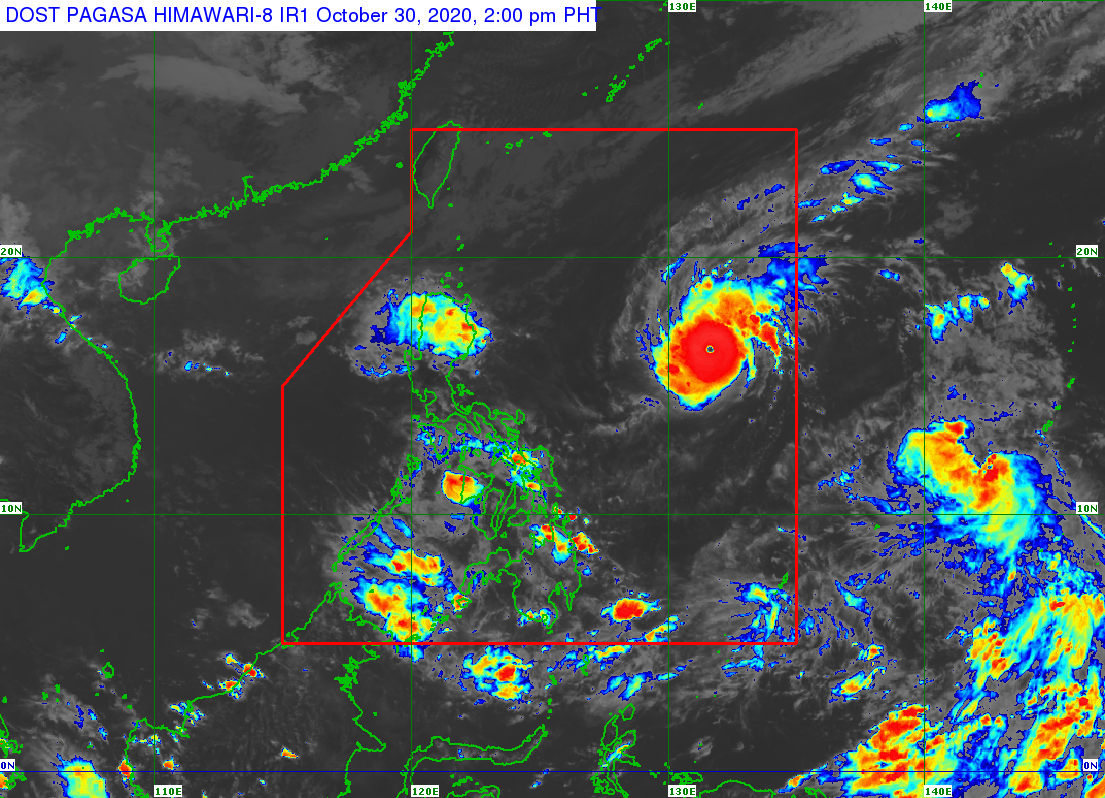 “As ordered by Governor Danilo Suarez, the whole province has already been placed under red alert since 8 a.m. (Friday),” Melchor Avenilla Jr., head of the Provincial Disaster Risk Reduction and Management Council (PDRRMC), said in a phone interview.

Red alert is raised in anticipation of imminent emergencies that would require an urgent response. Under the Red alert status, operation and monitoring teams are required to be on duty 24/7 to respond to emergencies and possible deployment of assets and resources once the weather disturbance worsens.

Avenilla said authorities in all local governments in Quezon have already prepared the evacuation centers should Rolly hit the province.

“We have been closely monitoring Rolly’s path,” Avenila said.

Avenilla said he also briefed the Sangguniang Panlalawigan Friday morning on the extent of the PDRRMC’s preparations to secure the safety of the residents along the typhoon path and reduce the damage of the approaching storm.

The recent Typhoon {Quinta” (international name Molave) damaged about P488 million worth of agricultural crops and infrastructure in the province.

The Philippine Coast Guard has also stopped giving travel permits since Friday morning to sea vessels to leave port in northern Quezon for the Polillo group of islands in the Pacific Ocean, according to Avenilla.

According to the Philippine Atmospheric, Geophysical, and Astronomical Services Administration, Tropical cyclone wind signals No. 3 and 4 may be raised in some parts of the country in the coming days as Rolly is forecast to further intensify.

After two days, the westward direction of Rolly will be established and weathermen expect that the storm may pass in between Aurora province in Central Luzon and the northern part of Quezon.

Read Next
Solon red-tagged by Parlade calls him a ‘publicly-funded Halloween mascot’
EDITORS' PICK
WHO warns vaccines ‘ do not equal zero COVID’
US sets new record of 225,000 COVID-19 cases in one day
Manufacturing heavyweights weigh in on post-pandemic transportation, logistics, and supply chain in Cisco Live Series
No. 1 smartphone brand realme Philippines, enters postpaid market with first 5G smartphone
Smart celebrates the Season of Giving with GIGAMANIA
Chinese patrols in PH waters getting brazen despite pandemic, says US think tank
MOST READ
NPA disowns military ‘whistleblower’ Jeffrey Celiz
‘This is highway robbery:’ Valenzuela mayor shows traffic jam due to RFID payment system
Locsin on ‘yantok’ punishment: Do what superior races do, impose fine vs health violators
Martin comes to Pops’ defense
Don't miss out on the latest news and information.