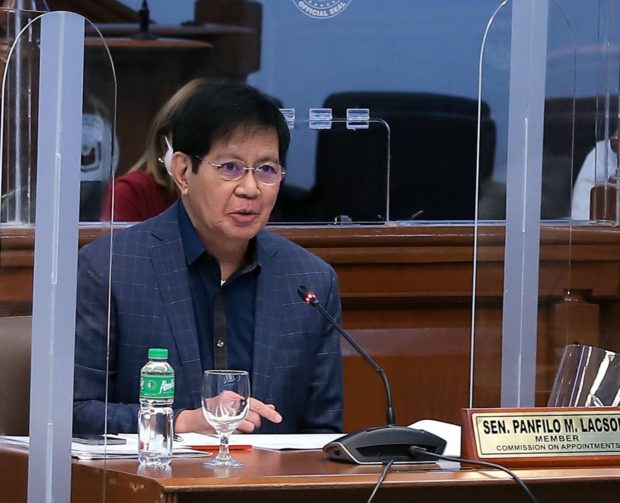 MANILA, Philippines — The Senate defense panel is set to begin its inquiry into the military’s red-tagging of celebrities and organizations in a proceeding set on Tuesday next week.

“After seeking the opinion of [Senate President Vicente Sotto III] on Senate Resolution 559, he said, since it is in the exercise of the Senate’s oversight function, first reading in plenary may be waived, or not necessary,” Lacson said over Twitter on Thursday.

After seeking the opinion of SP Sotto on Senate Resolution 559, he said, since it is in the exercise of the Senate’s oversight function, first reading in plenary may be waived, or not necessary. First public hearing is scheduled next week, Nov 3.

“First public hearing is scheduled next week, Nov 3,” he added.

Congress is currently on break and the Senate will resume session on Nov. 9.

Lacson’s resolution seeks to exercise his panel’s oversight authority over the defense sector to look into the red-tagging of celebrities, personalities, institutions and organizations by authorities.

Parlade is currently in hot water due to his message to actress Liza Soberano, whom he warned against being involved with Gabriela Women’s Party-list, which according to him, is a terrorist front. But the military official’s message was viewed by many as a veiled threat.

Women’s group Gabriela and other militant groups will also be invited, Lacson added.