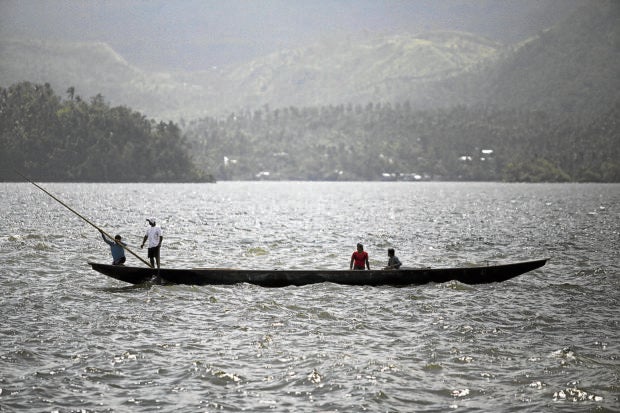 BIG LAKE, SMALL FISH Lake Buhi in Camarines Sur province is popularly known as home to “sinarapan,” one of the world’s smallest fish species. The 1,800-hectare lake in Buhi town is also an aquaculture area where tilapia is grown in cages. —MARK ALVIC ESPLANA

LEGAZPI CITY—About 20 metric tons of tilapia worth P2.1 million have been lost in a fish kill that hit Lake Buhi in Camarines Sur province after Typhoon “Quinta” (international name: Molave) pummeled Bicol on Sunday and Monday, the Bureau of Fisheries and Aquatic Resources (BFAR) reported.

Nonie Enolva, spokesperson for the BFAR regional office, said the fish kill was caused by seiches, or waves triggered by wind gustiness, when the typhoon made landfall in Camarines Sur on Monday morning.

Enolva, in a telephone interview on Tuesday, said stocks in fish cages in the villages of Iraya, Ebayugan, Tambo, Cabatoan, Salvacion and Sta. Elena in Buhi town died.

“The apparent low oxygen and the high ammonia nitrogen levels [in the lake] develop gas that is toxic to fish,” she said, citing results of a water quality test conducted by BFAR technicians.

The 1,800-hectare lake in Buhi town supplies freshwater fish to markets in Camarines Sur, Camarines Norte, Albay and Sorsogon. Part of the harvest is sold in Metro Manila.

According to the Buhi Lake Development Office, 70 percent of the lake is occupied by fish cages. But the Philippine Fisheries Code limits the area to only 10 percent.Enolva said that in 1998, five fish kill incidents, triggered by overstocking of tilapia in cages, hit Lake Buhi. Losses reached at least P33 million, the BFAR said.

Bureau records showed that the fish kill that year affected 20,765 fish cages, with production losses of at least 100 MT of tilapia. INQ 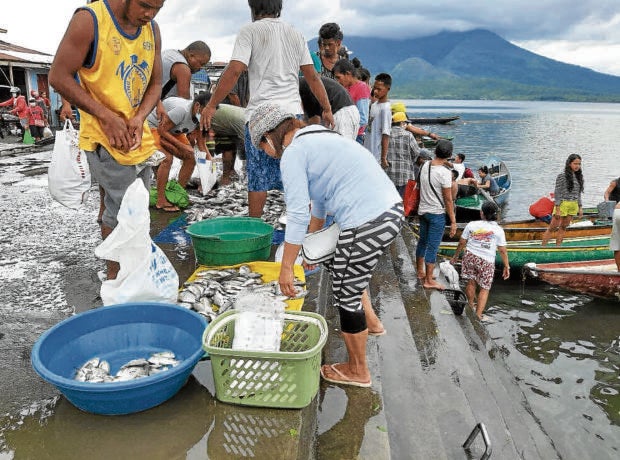