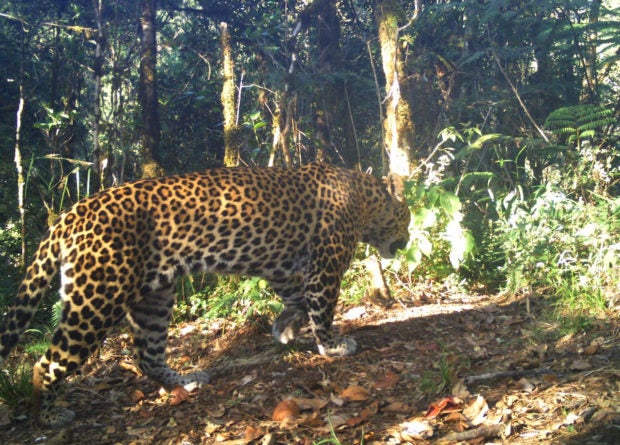 BANDUNG, Indonesia — A female Javan leopard that was caught for days in a snare in Ciwidey Forest in West Java has died after being taken by authorities to the Bandung Zoological Garden (Bazoga) for treatment on Friday evening.

“After about two days of treatment at the Bandung zoo, the female leopard eventually died at 7 o’clock this morning,” Bazoga marketing communications officer Sulhan Syafi’i said on Monday.

The leopard was found ensnared and in a feeble condition outside of a farmer’s hut at location 67 of the Kawah Putih area in the protected Ciwidey Forest on Friday morning.

A joint rescue team consisting of members of The Aspinall Foundation (TAF) Indonesia and Bazoga found an open wound on the leopard’s abdomen. The wound appeared to have resulted from entanglement in the snare.

Sulhan said a veterinarian from Bazoga had estimated that the leopard had sustained the wound five days before her discovery and had not eaten anything during the period.

“Her skin was very dry when she was rescued,” said Sulhan, citing the veterinarian’s statement.

TAF Indonesia rescuer Sigit Ibrahim said his team initially planned to release the leopard back into the forest once she was removed from the snare, but the animal was unable to move.

“Members of BKSDA West Java, veterinarians and zookeepers worked until dawn to give infusions and antibiotics to treat her wounds,” he said.

During treatment, the leopard received two vials of infusions. Afterwards, the leopard’s condition improved, and she was able to eat one kilogram of beef liver and a little minced meat, but she was ultimately unable to survive her injuries, Sulhan said.

A team from the zoo was working on the documents to officially record the animal’s death, he added. The Javan leopard (panthera pardus melas) is a leopard subspecies confined to island of Java and is the official provincial animal of West Java.

They have been listed as critically endangered on the International Union for Conservation of Nature (IUCN) Red List, with a population estimated to be less than 250.