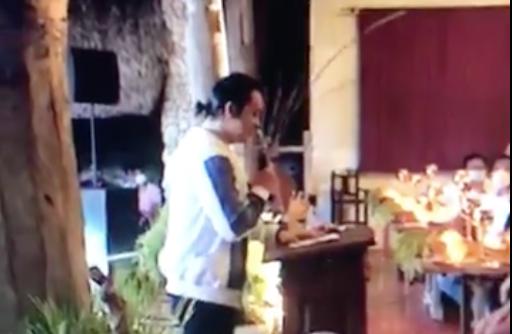 WATCH: The director of the Department of Tourism- Ilocos Region introduced former Senator Bongbong Marcos as the vice president of the country during a regional tourism event. 📹 Jeff Ortega pic.twitter.com/LEkAtLB20d

In a clip from his Instagram video, DOT Region I director Jeff Ortega described Marcos, son and namesake of late dictator Ferdinand Marcos, as “former senator and vice president” during a regional tourism event.

But he filed an electoral protest against Robredo, with the case remains pending before the Supreme Court acting as the Presidential Electoral Tribunal.

It was last year when Ortega assumed his post as DOT Region I director. At 30 years old, he is the youngest regional director. 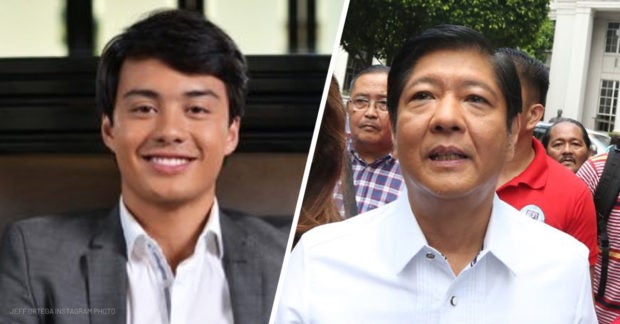 Before becoming a DOT regional director, Ortega is known to be an entrepreneur and the boyfriend of actress Jasmine Curtis-Smith.

As soon as footage of Ortega went viral, Filipinos online instantly fumed upon hearing the DOT official’s introduction of Marcos.

“And they have the audacity to ask that people should move on from martial law when they can’t get over this,” Twitter influencer Philippine General Hospital and Internal Medicine resident Dr. Jai Cabajar said as he slammed the Marcoses by using a reference to a previous statement of Sen. Imee Marcos where she asked Filipinos who continue to criticize their family why can’t they move on.

For political analyst and Inquirer columnist Richard Heydarian, he sees the incident as an example of why this country never moves forward.

And we wonder why this country never moves forward… https://t.co/qVbD8J4fdN

And Jover Laurio, who is the one behind the Pinoy Ako Blog, even tagged Tourism Secretary Bernadette Romulo-Puyat, saying that Ortega was not showing respect to the Vice President.

Following the backlash Ortega faced on social media, the DOT on Tuesday issued a statement to remind its officials and employees to “perform and discharge their duties with the highest degree of excellence and professionalism.”

“We remain guided by the Civil Service Commission (CSC), especially in expressing views on current political problems or issues,” the DOT added.

“With this, the DOT remains committed to the development of the tourism industry.” [ac]