Belgica: Report says only 50% of fund really go to project itself due to DPWH corruption | Inquirer News
Close
menu
search 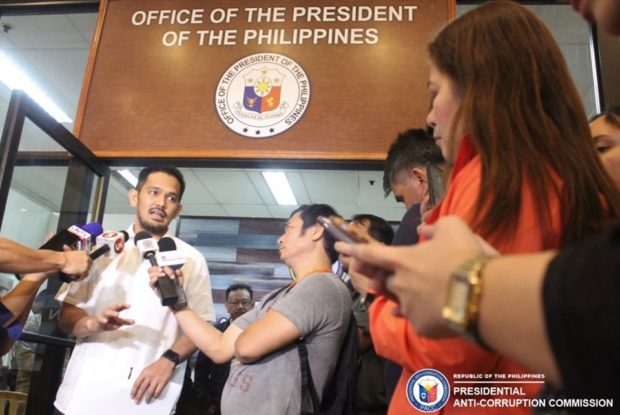 MANILA, Philippines — Some government infrastructure projects were either substandard or incomplete because only 50 percent of the funds remain after corrupt activities reportedly happening in the Department of Public Works and Highways (DPWH), Presidential Anti-Corruption Commission (PACC) Commissioner Greco Belgica said Tuesday.

“Probably around 50 percent or less will only go to the projects that’s why we see substandard projects, incomplete projects—it’s because of that system,” Belgica said in an interview with ABS-CBN News Channel.

Belgica said that based on the reports his office is receiving, a congressman would receive around 10 to 15 percent cut per infrastructure project.

How does the ‘system’ work?

Belgica said that allegedly, a congressman has a chosen contractor who would then present itself to the district engineer.

The district engineer would then get the confirmation from the congressman, he added.

“Sweldo (salary), that’s what they call it, for those contractors who will not win a certain project. He will just receive a salary from the winning contractor,” he added.

Belgica, however, clarified that “not everyone” is engaged in this type of corrupt practices.

Belgica was earlier urged to name the lawmakers allegedly involved in corrupt activities in DPWH.

However, Belgica refused, saying that naming the names of those involved would only “compromise” the anti-corruption body’s investigation.

“[A]s to the names, I don’t want to do blind items or a bulletin board or a noise board of our investigation,” he said.

(If I will name those who are currently under investigation prior to our inquiry or those named as suspects, it’s as if we said to them that they are being arrested, and that will compromise the investigation.)

Belgica said the PACC’s initial report on the alleged corruption in DPWH will be submitted to President Rodrigo Duterte this week.