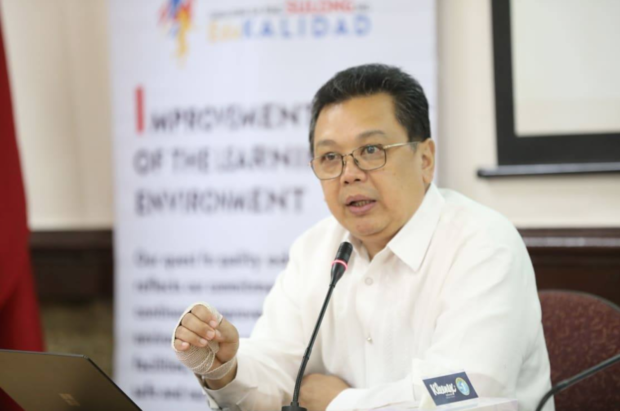 MANILA, Philippines — A Department of Education (DepEd) official has clarified that the agency’s purchase of brand-new pickup trucks had been made prior to the COVID-19 pandemic that struck nations around the globe, and that these vehicles would be utilized to reach far-flung areas with off-road condition.

Undersecretary Alain Pascua explained on Monday that the pickup trucks — 166 units of the Mitsubishi Strada 4×4 GLS MT variant which drew controversy from thrifty netizens — were meant to be the vehicles of their engineers who would check structures like school buildings in far-flung towns and those with difficult terrains.

He added that the vehicles will also be used for potential calamities like earthquakes and volcanic eruptions — conditions requiring 4×4 pickup trucks.

“Those vehicles have been procured prior to the pandemic. And when we were about to distribute them, naabutan ng ECQ kaya kailan lang yan naidistribute [the enhanced community quarantine had been imposed that is why it was not distributed],” Pascua told reporters in a message.

(The vehicles are for field engineers for their inspection of school building programs in far flung areas, especially in mountains and places accessible only to 4×4 vehicles, where the last mile schools are placed.  They will also be commandeered by DRRM coordinators in times of calamities and emergencies, like the Mindanao earthquakes and the Taal Volcano eruption.)

But Pascua also noted that the pickup trucks have already been used to help in the transportation of modules, teachers, and in times of calamity where DepEd’s assistance may be needed.

“During the ECQ, those vehicles were used by DepEd to help transport frontliners,” he said.  “Walang public transport nun, ginamit namin mga yan to respond to needs of frontliners. Prior to school opening and even until now, those vehicles have been used and are being used in the delivery of modules, in transporting teachers, and in addressing emergencies.”

(During the ECQ, those vehicles were used by DepEd to help transport frontliners.  Since there was no public transport during those time, it was used to respond to the needs of frontliners. Prior to school opening and even until now, those vehicles have been used and are being used in the delivery of modules, in transporting teachers, and in addressing emergencies.)

(That was bought by DepEd to enable us to serve people better, especially those in far areas that cannot be reached by ordinary vehicles.)

Reports came out on Sunday that DepEd obtained several vehicles for field engineers, which will be used for regular field inspections.  But when photos of the pickup trucks were released, netizens likened it to the dolomite issue — when the Department of Environment and Natural Resources (DENR) pushed through with the P349 million beautification of Manila Bay amid a pandemic.

Some critics questioned why DepEd prioritized the purchase of the vehicles when a lot of teachers and students are finding it difficult to cope with the requirements of online classes — distance and blended learning schemes which were deemed necessary to avoid coronavirus transmissions.

Before the new school year opened last October 5, various student groups called for an academic freeze — or a total suspension of the upcoming school year due to schools’ and DepEd’s unpreparedness.

But Education Secretary Leonor Briones shrugged all of these saying that the reopening of classes is a victory against the COVID-19 pandemic.