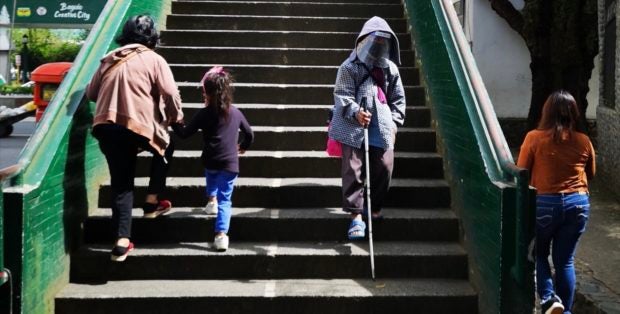 BAGUIO life goes on despite the coronavirus pandemic. PHOTO BY EV ESPIRITU

BAGUIO CITY — The summer capital may start operating as an automated city by June 2021, equipped with its own broadband network, Mayor Benjamin Magalong said on Saturday when he kicked off the installation of a Smart City Command Center at the Baguio Convention Center.

Baguio’s Smart City network would also manage and secure data flow once the city completes a digital system for all local government transactions like tax payments and the release of clearances, permits and other documents.

The city is currently gathering village profiles using an app, to help build a profile of its residents and their neighborhood requirements.

Magalong said the Command Center would be relocated in 2022 to a 1,000 square-meter lot inside Camp John Hay together with a data center.

“This coronavirus pandemic triggered digitalization,” which is now being pushed by various local governments in the country, Cisco regional manager Robin Llamas said during the program.

Baguio, however, began the process earlier, he said.

Magalong’s team began the shift to digital governance as early as 2019, for which the mayor secured a P200 million grant from the Office of the President.

By equipping street security cameras with an artificial intelligence (AI) program, data analysts could forecast where traffic flow would be congested, law enforcers can detect unusual public behavior and prevent potential crimes, and pick out fugitives in a crowd, Magalong said in earlier briefings.

“Most of the major cities have elements or silos of (digital) technology. What they are not doing is to use it as a tool to administer a city — to properly manage a city,” Llamas said.

The project will make Baguio “the first city to use AI that will automate standard operating procedures,” he said.

The system also allows residents to report problems faster, and first responders would have all relevant data on hand to solve them, Llamas said.

The Baguio Smart City system will run on a Baguio Broadband Network under a Sept. 25 agreement with Information and Communication Technology Secretary Gregorio Honasan.

Baguio is also the test site for experimental technology which will use electricity to transmit broadband internet access to parts of the country where telecommunications facilities are absent.

The system is similar to “Project Airgig” which American telecommunications firm AT&T had been testing since 2018.

Read Next
Over 200 Catanduanes folk evacuated as Tropical Storm Quinta looms
EDITORS' PICK
Acer Philippines welcomes you to its first flagship store
PNP’s Covid-19 cases jump to 9,809; 52 new infections logged
Is your company a growth champion? Stand up and be recognized!
More than 150 National Guard in Washington for Biden inauguration test positive for coronavirus
New Year, New Rediscoveries
Pope Francis to miss events due to new flare up of leg pain—Vatican
MOST READ
Dustin Poirier knocks out Conor McGregor at UFC 257
Ellen DeGeneres, too, is baffled by viral Filipino soda ad
WATCH: Alex Gonzaga joined by family in Amanpulo honeymoon
Wife stabs husband after seeing her younger self in old photos, thought he was cheating
Don't miss out on the latest news and information.