Foreigners wishing to retire in the Philippines may have to put their plans on hold.

The board of the Philippine Retirement Authority (PRA) on Friday suspended the granting of retirement visas to foreigners after several senators raised security concerns over the presence in the country of nearly 28,000 Chinese “retirees,” some of whom were only in their 30s.

An attached agency of the Department of Tourism, PRA was authorized by law to process and issue a retirement visa, which is a special non-immigrant visa given to aliens who “like to make the Philippines their second home or investment destination.”

The PRA board, chaired by Tourism Secretary Bernadette Romulo-Puyat, also directed the agency’s officials to evaluate existing requirements for the issuance of special retirees residence visa (SRRV), which provides several privileges to its holders.

“In a special meeting, the board directed the PRA to review its policies on the minimum age and dollar deposit requirements, and the conversion of these deposits into allowable investments,” the PRA said in a statement.

“Pursuant to its current policy, which had been implemented since 1993, the PRA accepts retirees (who) are at least 35 years old,” it said.

The board said all applications and processing of SRRV would be temporarily suspended as it would discuss possible changes in the policies during their next meeting on Nov. 6.

It directed the PRA to closely coordinate with the Bureau of Immigration (BI), the Department of Justice and the Department of Labor and Employment, and improve its program to “regularly monitor the profile and activities” of foreign retirees.

“The PRA was also directed to coordinate with the Tourism Promotions Board for the formulation and review of PRA’s marketing and product development plans, and the benchmarking of its retirement program with other countries,” the board added.

Among the privileges enjoyed by holders of SRRV are indefinite stay in the Philippines, exemption from the filing of annual immigration card to the BI and from the payment of travel tax and customs duties for the one-time importation of household and personal items worth up to $7,000.

During a Senate budget hearing on Monday, Sen. Richard Gordon quizzed Puyat on why Chinese nationals who were only 35 years old allowed to live in the country as foreign retirees.

Created by an executive order issued by dictator Ferdinand Marcos in 1985, PRA currently grants retirement visas to foreigners aged at least 35 who have a minimum of US $50,000 (P2.5 million) cash on hand. 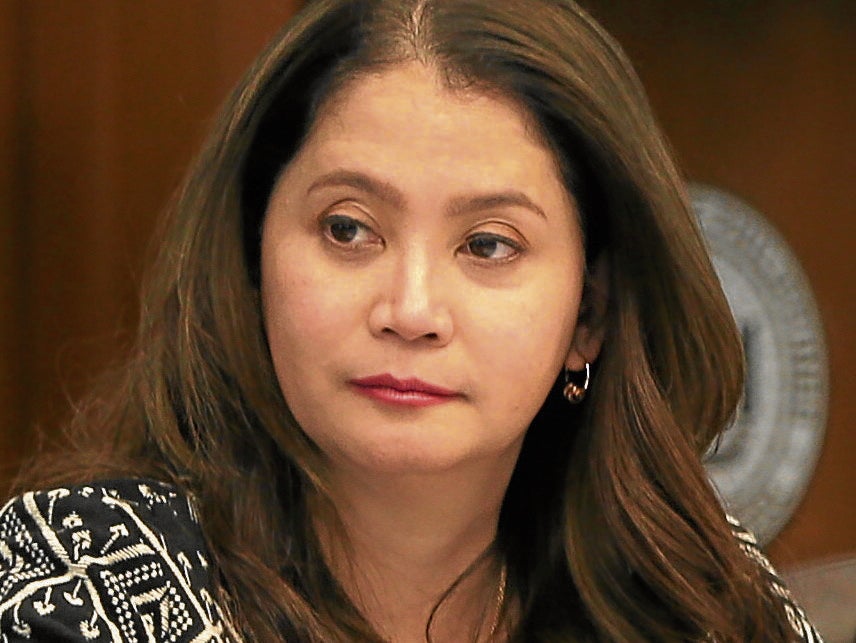 Gordon, who had previously warned that Chinese-owned Philippine offshore gaming operators could just be fronting for China’s intelligence agencies to snoop in the country, said the number of Chinese retirees posed a “national security concern” since 35 is considered “soldier’s age.”

“Their number is equal to 27 (Army) regiments. That’s dangerous. Why would they retire here at 35?” Gordon said at the hearing.

The Philippines and China have for decades been embroiled in a maritime dispute over parts of the South China Sea. Beijing has been insisting on its sole ownership of nearly the entire water way, including the West Philippine Sea, which is part of the country’s 370-kilometer exclusive economic zone.

In 2016, China’s claim was dismissed by an international arbitral tribunal in favor of the Philippine government, who challenged Beijing’s so-called “nine-dash line” maritime boundaries.

Gordon said that the Chinese could have chosen the Philippines as their supposed retirement destination “because they can go back and forth without visa.”

“With a retirement visa, they can have multiple visa. That is dangerous. I didn’t know that. I’m disturbed by it,” Gordon said. “Retirees, as you know, retire at the average of 56 to 60, to 65 years old.”

According to the PRA, around 28,000 Chinese had already been granted retirement visas. They account for about 40 percent of all foreign retirees living in the country.

Read Next
Of ‘drama’ and dolomite: When gov’t spokespersons shoot from the hip
EDITORS' PICK
Experience clearer calls nationwide with Smart VoLTE
UP law prof Ryan Oliva missing; family cries for help
After weeks of delay, formal transition of power to Biden begins
Public warned against use of fake CopperMask
‘I believe I can win’: Hidilyn Diaz all eyes on Olympic gold
Working from home can be smooth and manageable if you master these tips
MOST READ
UP law prof Ryan Oliva missing; family cries for help
Viral dog caught lying inside Taguig mall joins establishment’s security team
Zia Dantes ‘kilig’ after receiving birthday greetings from idol Sarah G, YouTube stars
LPA may affect Mindanao by weekend; rain looms over eastern PH due to frontal system
Don't miss out on the latest news and information.