‘Cash for rats’ drive in Pampanga town off to good start with at least 4,000 rodents dead | Inquirer News

‘Cash for rats’ drive in Pampanga town off to good start with at least 4,000 rodents dead 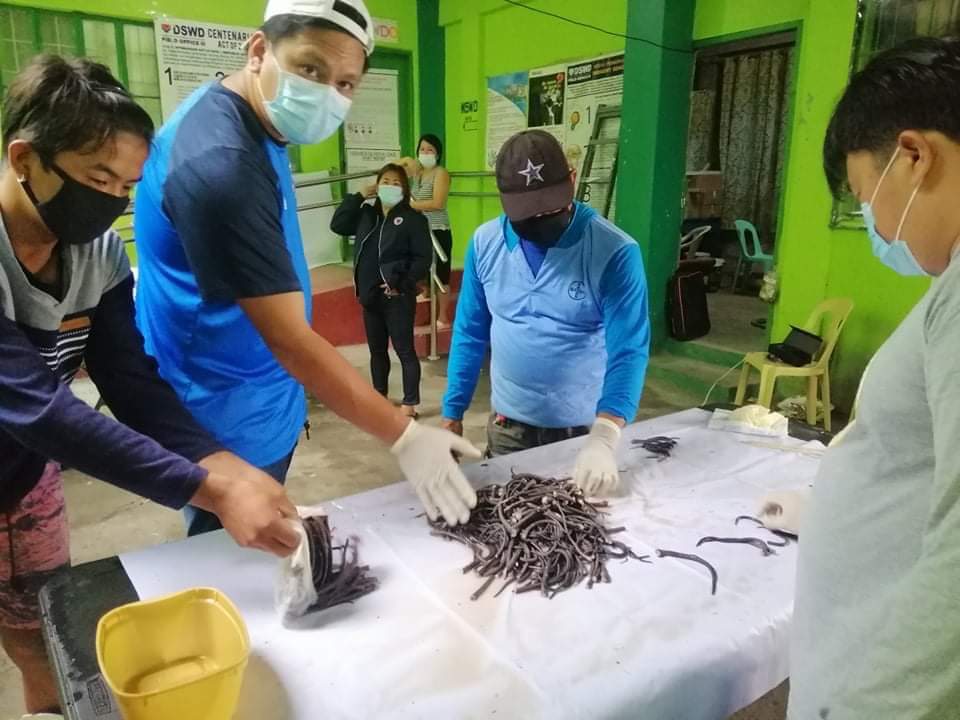 RAT CONTROL. Trying to save their fields, farmers in San Luis, Pampanga kill rats for a P5 reward for every dead rodent and their tails as proof. PHOTO FROM REINEL PAWID

CITY OF SAN FERNANDO—The campaign to eradicate rats in San Luis, Pampanga was off to a good start, with farmers killing 4,277 of the rodents and claiming rewards from a total of P1 million in bounty.

“That’s a very good number,” Mayor Jay Sagum said, referring to the number of rat tails that farmers presented to the municipal agriculture officer (MAO) in just an hour on Wednesday (Oct. 21).

Farmers collected a total of P21,385 from the reward of P5 per dead rat, Sagum said.

In the two-month control program that aims to annihilate 200,000 rats, MAO Rolando Fronda said he expected more rodents to be wiped out in November as farmers prepare the lands for the third cropping season.

Some farmers, like Del Pamintuan, earned more by selling for P120 per kilo the meat of the rats, which are called dagang palay because they feast on unhusked rice. These are fried or cooked adobo-style.

Catching rats is not an easy task. The soil is excavated by hand tractors or shoveled. When the rats surface, farmers aim for the head and strike it with wood.

Sagum and the local council put up the campaign as rats have been attacking 4,870 hectares being tilled by at least 2,500 farmers cultivating rice and vegetables.