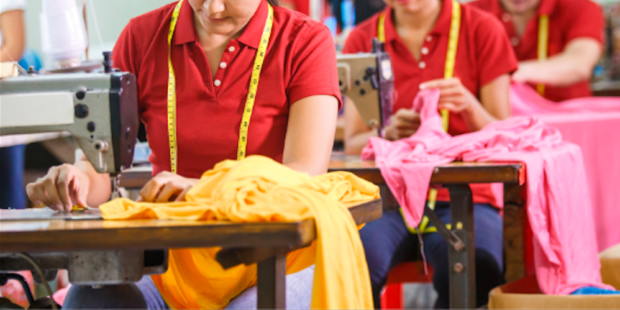 The global economic collapse caused by the health crisis have been harshly felt among garment-producing countries in Asia like Bangladesh, India, Cambodia, Myanmar, Sri Lanka, Vietnam and the Philippines. According to the United Nations International Labour Organization’s recommendations for garment manufacturers in addressing COVID-19, published on April 15, what makes the current situation notably difficult and incredible is that it has at once affected both the demand and supply side of operations.

A cease in China’s garment and textile production, where most Asian garment exporters source materials, led to a string of raw materials shortages among garment companies and a disruption of the global supply chains, said the ILO. Meanwhile, quarantine guidelines that saw most consumers behind doors and physical stores shuttered had caused the global demand for apparel to plummet. As a domino effect, sales waned, major buyers from Europe and the United States canceled orders from exporters, and a spate of retrenchments in the garment workforce followed.

Maritess Jocson-Agoncillo, executive director of the Confederation of Wearable Exporters of the Philippines, told INQUIRER.net that she had her fears about the garment industry as early as the first lockdown in mid-March.

“When we did the lockdown by March, we were starting to see the possibility of the movement of our orders out of the Philippines to neighboring ASEAN countries,” she said. “The first lockdown was really tough and the other ASEAN countries were not on a similar quarantine lockdown.”

Agoncillo also said that out of the 280,000 workers in the country’s garment industry, 112,000 are directly employed by member-companies of CONWEP nationwide. And out of these 112,000 workers, they saw that about close to 20% or more than 21,000 workers would be furloughed beginning June until the end of the year because of the pandemic.

Back in April, Agoncillo told the media that CONWEP has allotted two factories in Luzon that would be in charge of creating medical-grade personal protective equipment (PPEs) for healthcare workers. At present, three member-companies have went into repurposing, she said. One company has been approved of a license to operate by the Food and Drug Administration to create PPEs, while the other two are setting up clean room facilities and are lined up for FDA accreditation.

But repurposing requires more investments, Agoncillo explained, which includes medical-grade materials, clean room facilities and additional equipment. This meant that only a portion of a company’s factory and not all of its factories would be able to produce PPEs; not all garment companies can also follow suit.

“It was borne out because the Department of Trade and Industry requested it at the time, because of the pandemic, and it was borne because we were trying to retain the jobs. If a company has 3,000 workers in that factory, you’re retaining — actually the labor can swing from to 10% to 15%. We did it to retain jobs.”

‘A little light in the tunnel’

The fate of the Philippine garment industry remains uncertain, and based on their forecast, it might take until the third or fourth quarter of 2021 to recover. But Agoncillo remains hopeful for the spring/summer lines, which she said would be coming in by end of October to November.

One factor would also be the opening of the economy which, in fairness, she said, DTI has been pushing for. Another long lockdown, Agoncillo feared, would be one more blow to the industry.

“We hope that it continues towards the direction of a full calibrated economy opening so that we don’t get affected by the possibility of orders being moved out of the country to other ASEAN countries,” said Agoncillo.

A pattern of retrenchments

Retrenchments had already taken place in multiple garment exporters in the Philippines, notably in the Mactan Export Processing Zone in Lapu-Lapu City, Cebu, where thousands of garment workers were affected.

But it seems this was just the beginning of a pattern of retrenchments. Around 4,400 workers from MEPZ were also laid off because of the pandemic, effective Oct. 4, according to INQUIRER Visayas last Sept. 26. Notices had apparently been issued to the affected employees on Sept. 4 by Sports City International companies like Global Wear Manufacturing, Metro Wear Inc., Feeder Apparel Corp., Vertex One Apparel Philippines, Inc., and Mactan Apparels Inc.

Dennis Derige, Cebu coordinator of labor group Partido Manggagawa, told INQUIRER.net that the retrenchments were likely due to the weak orders coming in from international buyers like Adidas, Under Armour, Saucony and Lululemon, among others.

Derige, who had spoken to different workers on the ground and some of which are being given legal assistance by Partido Manggagawa, shared that many of them were shocked when they were retrenched. Although some of the garment companies claimed they issued notices to workers, there were workers who alleged that they were not served 30-day notices.

(Common among them was, on the day itself, that was when they were let go, without prior notice. It was not explained to them what was the criteria for being let go. Why them? Why not the others? Although a month before, there were explanations saying business is weak. But they did not specifically said who would lose their jobs. The workers only knew on the day itself, so there, a lot of them were crying.) 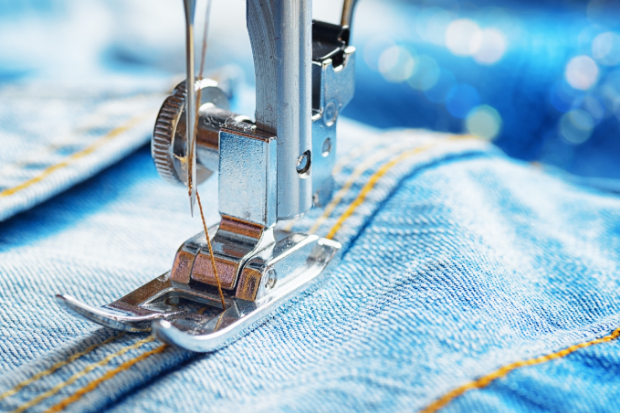 Derige also shared that they are communicating with some brands such as Adidas and Lululemon regarding this issue, although he said they seem to just echo the position of the garment companies who have laid off thousands of garment workers.

He also lamented the alleged lack of consultation with workers from the side of the managements, especially since some workers had proposals to share concerning their work arrangements.

Some workers, for example, were willing to go on forced leave while others were open to doing rotations. He also expressed his hopes that should rotations be done, these would not be tainted by favoritism where some workers would be rotated because they meet their quotas, while those who do not would be placed on forced leave.

(They say that’s unfair, because the line which gets to have the easy jobs meet the quota, while those who don’t meet the quota work on on harder jobs.)

He also wondered why retrenchment had to be the immediate solution of the garment companies in MEPZ, when they can still save on labor costs through rotation, implementation of forced leaves and other flexible or alternative work arrangements.

(Our perspective of it is this: for how many decades, the garment industry was intensely productive. The share of the workers is a factor of that productivity. Now, with only six months of losses, the solution is retrenchment? I hope not. It’s sad that on the first wave of the crisis, it’s still the workers that are sacrificed. We navigate that.)

As job losses continue to mount during the COVID-19 pandemic, Derige said that employers in general could use the health crisis as an opportunity to take advantage of its workers. Others, also, could use the pandemic for union-busting activities.

(What the workers need to know is, actually, the workers now need to organize themselves into unions. In fact, a lot of workers come to us now who used to be afraid, but now realize how management does not care about them in this time of the pandemic. They were not given any support. Nothing was shared with them. So they realized that if they stand united, they might just be heard by their employers.)

Derige added that workers should also seek to educate themselves about their own rights so they would not be easily taken advantage of.

(I hope that’s what the workers realize, that they need to study their rights, especially being united. That’s important because employers take advantage of situations now. Workers need to learn how to unite and set up a union.) JB

Overcoming the pandemic on bikes, these Filipino women defy monsters on the road