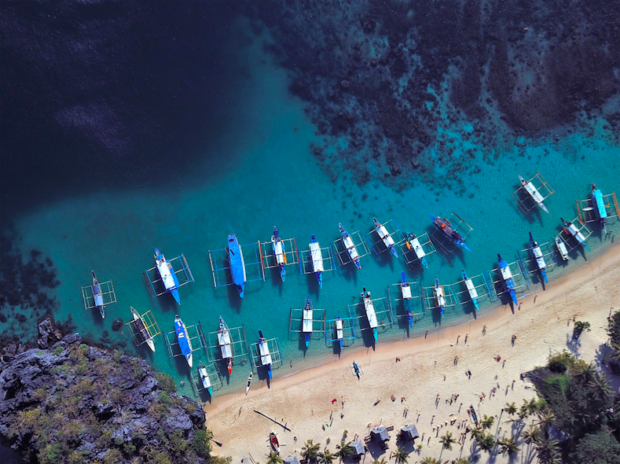 Travel agent Jerina Natividad and her husband lived a comfortable life before the global outbreak of the coronavirus disease.

She worked for an agency that catered to high-profile clients and celebrities. It was a job that seemed as glamorous as it was stressful. Her husband, meanwhile, was self-employed and managed his own tapsihan restaurant. Her birth to a healthy baby last January brought more joy to their life.

But nothing prepared them for what was to happen months later. When COVID-19 struck, their life took a 180-degree turn.

Luzon and other areas went on lockdown last March, which halted domestic flights and inter-island travels. Countries the world over also implemented their own travel restrictions. Outbound and inbound tourism took a nosedive.

Natividad and her colleagues had to look for other kinds of work in the meantime as their travel agency ceased its operations indefinitely during the lockdown. Her husband was also pushed to close down their restaurant.

Now, Natividad has taken to selling vegetables in front of their house in Sta. Maria, Bulacan, and Korean food online.

(From earning as a travel agent, and then now, the difference is huge. Our savings’ balance is on the negative. There’s nothing left. Of course, it’s been a while, since lockdown, it’s gone. There’s no more big money coming in.)

It was their in-laws who stepped in and offered help. Natividad’s brother-in-law has a vegetable business and it was him, she said, who helped her start selling vegetables outside their home. The earnings from selling vegetables are just enough for their daily expenses. It still was a far cry from the income she used to make as a travel agent, wherein she would earn hefty commissions atop her base salary.

Natividad also attempted to apply for job listings online, one of which was a virtual assistant position, but she did not get the job for lack of qualifications. She also admitted to having difficulties adjusting since she has a baby. 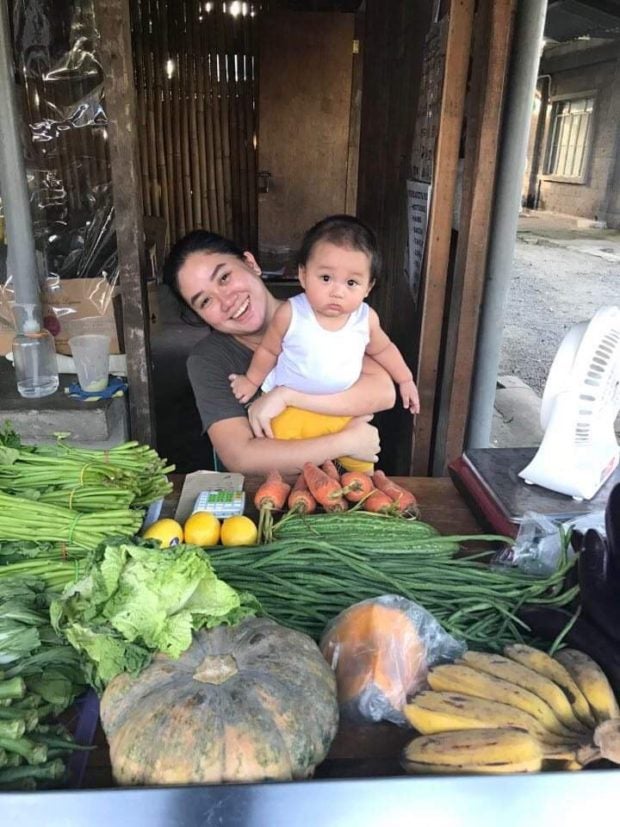 Another mother, Janeth Natonton, 39 years old from North Cotabato in the SOCCSKSARGEN region, faces a similar situation. She also lost her job as a travel agent due to the pandemic, a position she has held dear for the past 20 years.

To make ends meet, she resorted to selling in her sari-sari store and hawking beauty products online. Things seemed to be bearable, still, back in March, but as the lockdown got longer, she felt the weight of the crisis after her neighbors no longer regularly bought from her sari-sari store. What worries her are the remaining loans she and her husband have yet to pay.

Just two weeks ago, she was informed by her boss that they would be closing the travel agency permanently. This caused her to feel depressed over the uncertainty of their future.

Natonton tried applying for jobs, just like , but due to the fierce competition in job hunting, she is doubtful if she could still be hired at her age, especially if companies are more keen to hire younger employees. 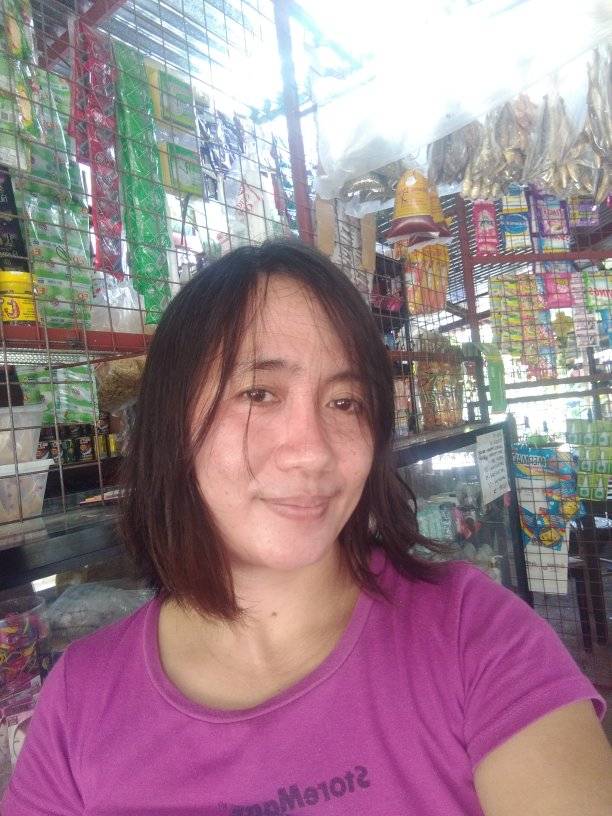 (I do not know what our future would be after the pandemic. I used to have a lot of dreams. Now, I don’t know anymore. I really don’t know because things are only getting worse.)

She also said she cannot go out of the house as much nowadays after receiving threats from past clients who got furious with her because of their canceled flights. Clients seem to think that travel agents have their money, she said, but full refunds are actually processed by the airlines.

(They are mad about the refunds they haven’t received yet. We are being blamed, the travel agents. That’s what worries me if we close. It is I whom the passengers know. They will look for me.)

From sunshine industry to non-essential

The tourism sector, according to data from the Philippine Statistics Authority, employed 5.7 million workers and accounted for 12.7% of the country’s gross domestic product in 2019. But when COVID-19 struck, tourism quickly became one of the hardest-hit sectors.

Jojo Clemente, president of the Tourism Congress of the Philippines, told INQUIRER.net that a lot of uncertainty indeed pervades the tourism sector amid the pandemic. The Tourism Congress, a body created in 2009 under the tourism law Republic Act No. 9593 and comprises of representatives of all tourism stakeholders in the private sector, acts as a consultative body to the national government in forming tourism policies.

According to Clemente, the sector as a whole is is made up mostly of micro, small and medium enterprises (MSMEs), which took the blunt blow from COVID-19. The most prevalent concern that arose among the MSMEs was on the financial side; left cash-strapped, they can no longer support their humble businesses.

“Ninety percent or more than 90% [of tourism enterprises] are made up of MSMEs… That is also the reason why a lot are really distressed financially [because these are really just small] companies, their cash reserves are only maybe good for a month or two at most,” he said.

Since March, TCP had lobbied hard for the passage of Bayanihan to Recover as One or Bayanihan 2, which was signed into law last Sept. 11 by President Rodrigo Duterte.

Bayanihan 2 allocates P10 billion pesos for tourism, as follows: P6 billion in the form of low-interest loans for MSMEs through the Small Businesses Corporation; P3 billion for the Department of Labor and Employment for cash-for-work programs for displaced industry workers; and P1 billion for the Department of Public Works and Highways for tourism-related infrastructure.

Clemente said they appreciate the P6 billion allocated funding for tourism enterprises, but he added that the amount is more of “a lifeline.”

“The actual need of the industry to survive for at least the next six to 12 months is about P80 billion,” he estimated. “We appreciate [the current allocation, but] it will only take us so far, not unless any major development happens like either the virus goes away miraculously or the vaccine is developed.”

When asked about which tourism enterprises would most likely recover quicker, Clemente said the accommodation sector would probably be the first, as seen among repurposed accommodations that have been turned into quarantine facilities for returning Overseas Filipino Workers (OFWs). He also surmised that airports in the main cities, along with transportation, would also recover because these are being used right now by companies and many Filipinos.

“[The longest to recover] will probably be the tour [operators] and the travel agencies [because] people really have to have the confidence to go around again and we are also reliant on the accessibility,” he explained.

The past six months have also no doubt been tough for members of the Philippine Travel Agencies Association. Ritchie Tuaño, president of PTAA, said there are currently 619 members under the association, 451 of which are travel agencies, mostly MSMEs. Currently, only 20 member travel agencies are in operation.

“They are handling Overseas Filipino Workers and seafarers,” Tuaño told INQUIRER.net. “Our allied members like the hotels and airlines over the past six months were just home to quarantined OFWs and handling sweeper flights respectively.”

Bayanihan 2, according to Tuaño, was a welcome relief for PTAA and comes as a big help for those in the industry. He just hoped travel agencies would be among the first to access the soft loans under the law.

Tuaño added that the main challenge they encountered amid the pandemic was “making people understand [that] the tourism industry is one of the main drivers of the Philippine economy and needed to be supported during the pandemic.”

This was echoed by Clemente, who said that the problem with tourism was that it was one of the sunshine industries during the good times.

“We bring in so much money, [but] when something like this happens, we become the last priority,” said Clemente. “Parang non-essential kami. Not that we’re complaining, it’s a fact, so we really need assistance from [the] government to help us to the other side of this situation.” 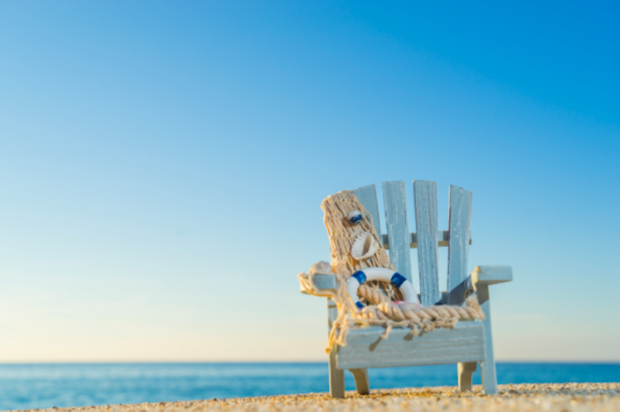 How to journey to survival

Just how long it would take for the tourism sector to recover from the setbacks of the COVID-19 pandemic remains up in the air.

Tuaño said full recovery may only happen in 2022, as he cited a survey by the Department of Tourism, Guide to the Philippines and the Asian Institute of Management from May.

The survey, which gathered responses from 12,732 Filipino travelers and other nationalities in the country, showed that 22.8% are willing to travel domestically after a vaccine has been found. Going by estimations of experts from the World Health Organization and the Department of Science and Technology, a vaccine may only be available around the second quarter to the end of 2021. Yet it seems that the absence of a vaccine is not a reason to dissuade most from traveling because the survey also showed that 48% are already expecting to travel within six months from the lifting of travel restrictions.

Clemente, meanwhile, said the recovery of the sector can take anywhere between a year to four years. He does not think they can wait that long, which is why the approach they are taking now is to see if they can implement rules and guidelines, as well as adequate medical and testing facilities, which may help in slowly reopening tourism.

“[Our] mantra [now in] DOT is slowly but surely. Some people are impatient, [but] personally, I’m of the opinion that if we’re going to do this, we have to do this right the first time,” he said.

“We want people to hang on as far as they can and pray for a quick resolution to this. This is really going to wipe out the industry [if this crisis lasts further],” he added. “It’s going to take a while. There’s not going to be a silver bullet to solve what we’re going through right now.”

(We just need to hang on to hope, as long as our bodies can still work to produce income. As for me, it’s really important to save. Be thrifty, because you’ll never know.)

Natividad, as a new mom who lost her job amid the pandemic, echoed similar sentiments. She knows that their situation right now calls for her to be mentally, physically and emotionally ready for anything. And so, difficult it may be, she tries.

(As a mom, you will do everything, of course because you are supporting a baby. If you are not strong, nothing, nothing will happen. Your life as a single person compared to being a mother is now different. You will really become a different person. The things you never thought you can do, you will be able to do.) JB

Hotel buffets on the chopping block in post-coronavirus travel