No budget yet for displaced Taal residents — NHA chief 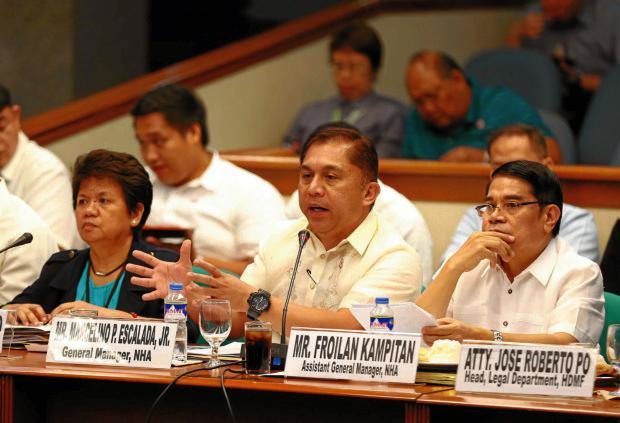 MANILA, Philippines — Since the Taal volcano eruption in January, the National Housing Authority (NHA) has not yet received any budget for the relocation of displaced residents in the affected province.

At a budget hearing in the Senate on Wednesday, NHA General Manager Marcelino Escalada Jr. also disclosed that no budget for the Taal relocation has been allotted in the agency’s proposed 2021 budget.

“For 2020 and 2021, we have not received any allocation for Taal,” Escalada said when Senator Nancy Binay asked how much was spent already for the Taal relocation.

“But as an option and strategy your honor, we have opened up our inventory for the Taal evacuees,” the NHA chief  added.

Escalada pointed out that there are close to 10,000 available housing units in the provinces of Batangas, Cavite and Laguna that are being offered to the evacuees.

And about 600 evacuees, he said, had already been relocated in Ibaan, Batangas while the rest have decided to stay in Batangas.

“So there is no direct funds yet coming from DBM [Department of Budget and Management] that went to NHA for 2020 and even for 2021,” Escalada reiterated.

Read Next
Gov’t to settle half of PhilHealth debt owed to PRC this week or next week — Roque
EDITORS' PICK
ING Pay is the safe and reliable way to pay – here’s why
TECNO Mobile sparks up summer with fun livestreams, great prizes
PGH seeks more plasma donors as it loses 5 patients to COVID-19 daily
House-to-house COVID-19 testing pressed to get ‘true’ PH state
WATCH: INQside Look on the upcoming 2022 polls with Comelec spokesperson James Jimenez
Smart is fastest 5G Network in PH – Ookla
MOST READ
PH military pouring naval, air assets near site of Chinese incursions in WPS
US adds 116 countries to its ‘Do Not Travel’ advisory list
PH-Canada labor agreement coming soon – DOLE
Ganging up on a good thing
Don't miss out on the latest news and information.