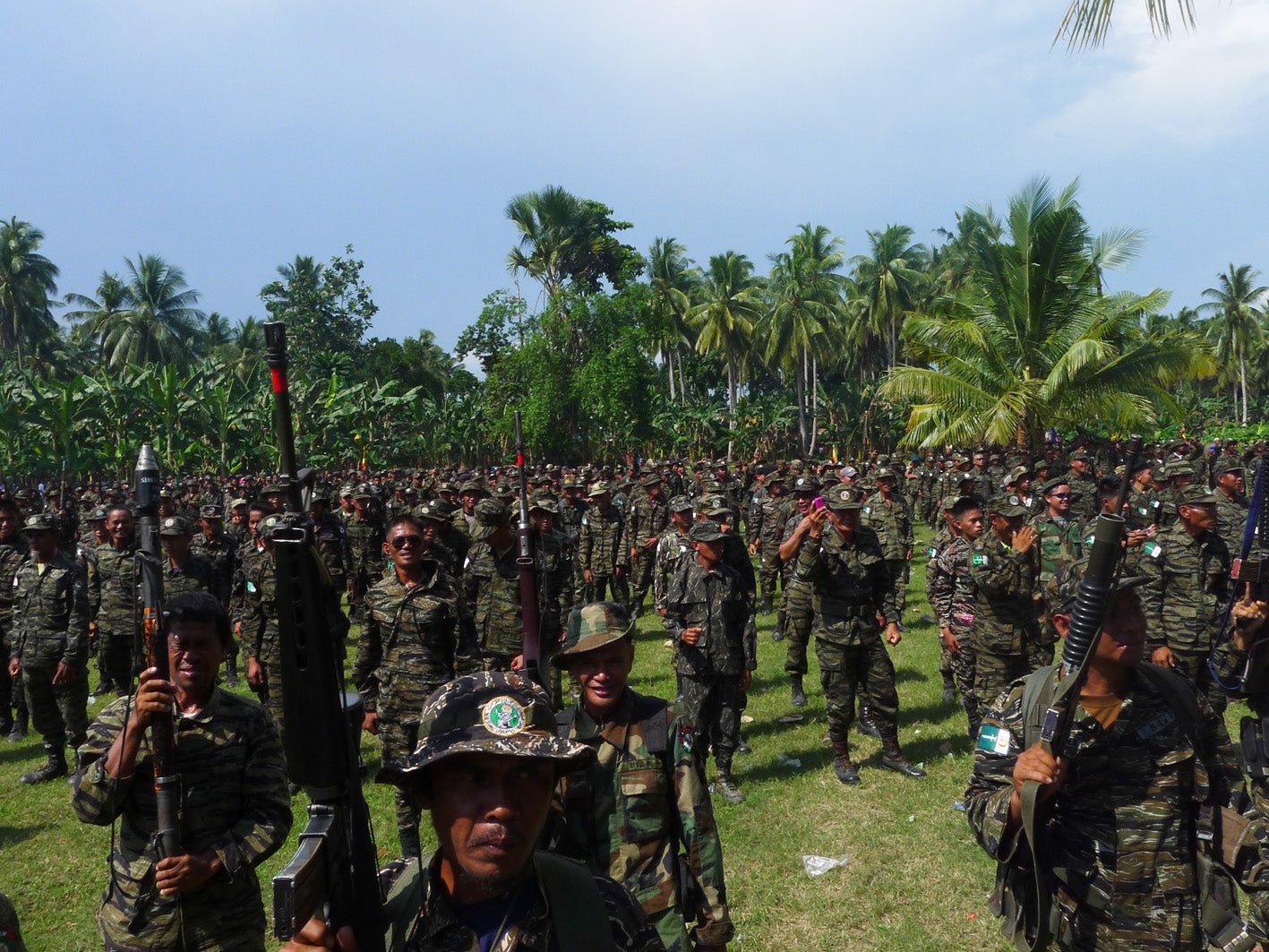 BIAF members, said Jajurie, “are being helpful to us.” She said it was the BIAF that is helping secure quarantine facilities for stranded individuals returning to BARMM.

She said that last July, the BIAF converted part of Camp Darapanan—MILF ‘s sprawling headquarters in Sultan Kudarat, Maguindanao—as quarantine facility for stranded people returning to their hometowns in the provinces of Basilan, Sulu and Tawi-Tawi and who landed in Cagayan de Oro City aboard a ship from Manila.

The BARMM government fetched at least 400 stranded individuals from Cagayan de Oro and brought them to Maguindanao and Cotabato City for a 14-day quarantine.

It was only after the people completed their quarantine period and tested negative for coronavirus that they were allowed to return to their home provinces.

It was also the BIAF which helped send back stranded individuals to Zamboanga City and other provinces by boat, Jajurie said.

In 2019, the BARMM, main product of the CAB, replaced the Autonomous Region in Muslim Mindanao following the ratification of Republic Act No. 11054, or the Bangsamoro Organic Act.

“In a region that has its own share of humanitarian emergencies, nothing can compare to the uncertainty brought about by this pandemic,” he said.

He said he had seen “indescribable tragedies” in various communities during his lifetime but expressed confidence that the new Bangsamoro region could hurdle this health emergency.

One of the major challenges facing the BARMM government in dealing with COVID-19 is the geographic characteristic of the area, said Mohd Asnin Pendatun, BARMM Cabinet secretary and concurrent spokesperson of the BARMM Inter-agency Task Force on COVID-19.

Pendatun said the fight against COVID-19 in the island-provinces had been beset by lack of testing capabilities by local government units.

Reverse transcription-polymerase chain reaction (RT-PCR) testing is being done in a lab in Zamboanga City, which takes time, since the city also faces a surge in COVID-19 cases, Pendatun said.

In Tawi-Tawi and Sulu provinces, however, two GeneXpert machines have been deployed to be used for RT-PCR testing and local health workers are just waiting to be trained in using them, Pendatun said.

He said internet connectivity in the island provinces is also a problem in delivering COVID-19 information to remote communities.

“As we continue the battle against COVID-19, we see that our challenges continue to evolve but we’ve been adjusting to it and directly address the challenges in those parts of the region,” he said.

Read Next
Lapid files bill limiting participation of foreign contractors in PH projects
EDITORS' PICK
Nestlé Philippines’ ‘NESCAFÉ Plan’ bags Grand Anvil at PRSP 56th Anvil Awards
822 NPA-free barangays set to get P20-M gov’t aid — Esperon
Pope Francis to meet top cleric Sistani on second day in Iraq
Don’t waste the hope of vaccines, warns WHO
Every Filipino home can now be a smart home with realme TechLife
Smart reinforces superiority with best speed and mobile video experience in PH
MOST READ
Robredo on Sara Duterte leading poll surveys: Why are Filipinos drawn to leadership of this kind?
So: I lacked connections to succeed in PH ‘culture’
US weapons, hardware in exchange for VFA
3,439 new COVID-19 cases push PH’s total to 591,138
Don't miss out on the latest news and information.