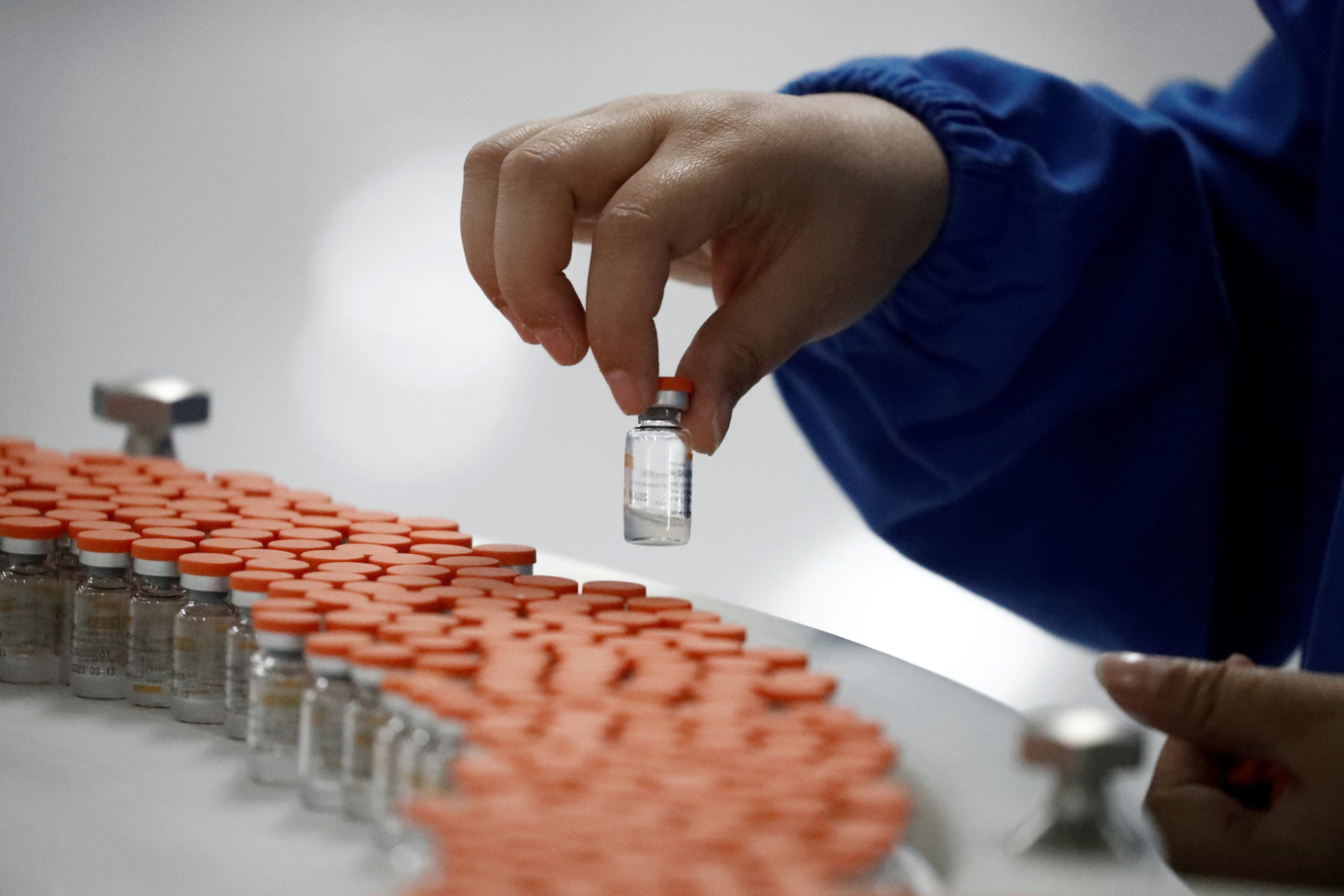 São Paulo’s Butantan Institute, one of Brazil’s leading biomedical research centers, which is carrying out the Phase 3 tests, said the two-dose vaccine, called CoronaVac, proved to be safe in a trial so far involving 9,000 volunteers.

But Butantan director Dimas Covas said data on how effective the vaccine is will not be released until the trial is completed on all of the 13,000 volunteers.

“The first results of the clinical study conducted in Brazil prove that among all the vaccines tested in the country, CoronaVac is the safest, the one with the best and most promising rates,” São Paulo Governor João Doria told reporters.

The result is only preliminary and researchers will keep monitoring the participants in the on-going trial, Covas said. It’s the first set of results of Sinovac’s Phase 3 global trials, which are also being conducted in Turkey and Indonesia.

Covas said there were no severe adverse reactions to the vaccine, with 20% of the volunteers reporting mild pain from the injection while 15% reported headaches after the first dose, dropping to 10% for the second. Less than 5% reported nausea or tiredness, and even less had muscle aches, he said.

São Paulo state health secretary Jean Gorinchteyn said the vaccine appeared to produce protective antibodies. The state hopes to obtain regulatory approval for CoronaVac by the end of the year to start inoculating its population early in 2021, in what could the first vaccination programs in the Americas.

São Paulo signed a deal with Sinovac to buy 60 million doses by the end of February.

Sinovac wanted Brazil as a testing ground because it has been one of the global hotbeds of the virus, although cases are 43% off their peak of nearly 70,000 new cases a day in late July.

Brazil has reported more than 5.2 million COVID-19 cases since the pandemic began, the world’s third most-affected country after the United States and India.

Competing candidates developed by AstraZeneca and Johnson & Johnson have had their trials halted in the United States due to safety issues.

Vaccines are considered as essential tools to curb the rampaging virus, which has killed over 1 million people globally. Brazil is also hosting a Phase 3 trial for AstraZeneca’s vaccine candidate, while Johnson & Johnson said last month it aims to expand its final-stage human trials there.

Experts have warned that the safety of inactivated coronavirus vaccine candidates should be observed over longer periods, as some other inactivated vaccines had led to disease enhancement effect, where vaccine-triggered antibodies, instead of offering protection, could worsen infections when people became exposed to a virus after inoculation.