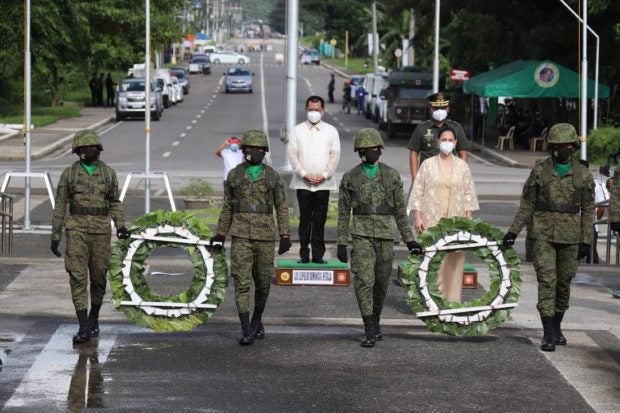 PALO, Leyte –– All 86 living war veterans in Leyte and other parts of the country will be given P10,000 each as a sign of gratitude for risking their lives for the country.

This was the message conveyed by Gov. Leopoldo Dominico Petilla on Tuesday as the country marked the 76th anniversary of the historic Leyte Gulf Landing on Tuesday.

“Even during this time of the pandemic, we are still thankful to our veterans,” he said.

In his message, Governor Petilla said Filipinos should be grateful to all war veterans for helping liberate Leyte and the rest of the country on Oct. 20, 1944.

Unlike previous celebrations, no war veterans were present at the MacArthur National Memorial Park due to restrictions caused by the coronavirus disease (COVID-19).

Local government officials attended the event and laid a wreath of flowers at the MacArthur National Memorial Park, where the legendary American general Douglas MacArthur made his iconic “I shall return” promise, which resulted in the liberation of the country from the Japanese invaders.