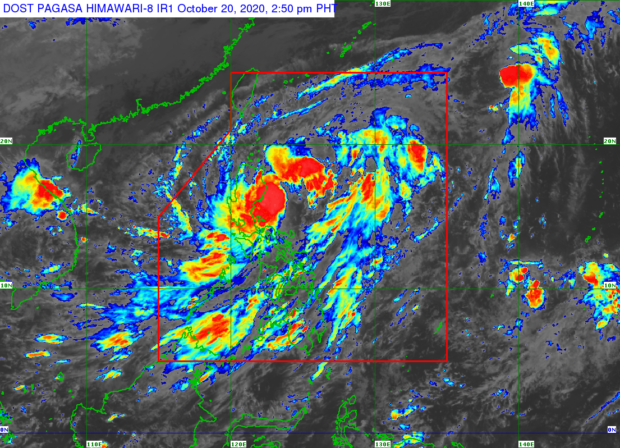 The Philippine Atmospheric, Geophysical and Astronomical Services Administration (Pagasa) said in its 2 p.m. bulletin that Pepito was last seen 195 kilometers east of Baler, Aurora, packing maximum sustained of 65 kilometers per hour (kph) and gustiness of up to 80 kph. It is moving west-northwestward at 25 kph.

Pagasa earlier said that Pepito is expected to make landfall over the Aurora-Isabela coast between 7 p.m. and 11 p.m. Tuesday.

Tropical Cyclone Wind Signal (TCWS) No. 2 is still raised over these 13 areas:

TCWS No. 1, meanwhile, is hoisted in the following areas:

On the other hand, it said Metro Manila, the rest of Luzon, Western Visayas, Zamboanga Peninsula, and Bangsamoro will have light to moderate with at times heavy rains also due to the tropical storm, which is expected to exit the Philippine area of responsibility by Thursday morning as it is likely to further intensify into a severe tropical storm that same day.