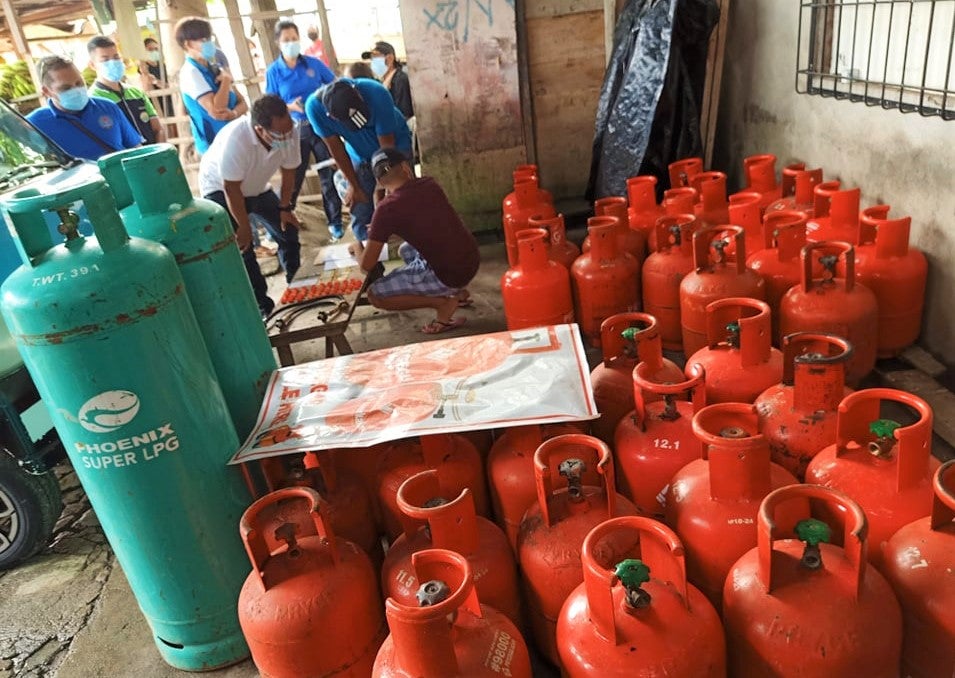 CAGAYAN DE ORO CITY –– The Criminal Investigation and Detection Group (CIDG) in the region seized about P61,930 worth of illegally-refilled liquified petroleum gas (LPG) cylinders from an unauthorized dealer in Misamis Oriental on Monday, Oct. 19.

CIDG 10 identified those arrested as Romafe Alauro, 40, alleged seller of the LPG cylinders; and Gerry Apus, 50, Alauro’s helper. Both are residents of Igpit.

A certain Michael Obsioma, an associate of the suspects, eluded arrest, the CIDG-10 said.

Caduyac said the operation stemmed from a complaint made by Pryce Gases through a representative who informed the CIDG-10 that the suspects were engaged in the unauthorized sale and refilling of the company’s products.

The death of two persons from the fire caused by an exploding LPG cylinder in an illegal refilling station in Barangay Balubal on Sept. 19 also prompted authorities to investigate.

Caduyac said the suspects would face charges for violation of the regulation of used containers of compressed gases; the Intellectual Property Code and the illegal trade of petroleum products.

Those arrested could also be charged with violations of the Consumer Act for selling LPG containing fuel that does not correspond to the actual weight of the cylinders, he added.

Caduyac said his office learned that those engaged in illegal refilling of LPG were former Pryce Gases workers who had technical knowledge of how to decant or refill LPG tanks.

CIDG is stepping up its operation against illegal LPG refilling businesses in other parts of the region, especially in urban areas and highly populated towns.

BenCyrus Ellorin, chairperson of the advocacy group Pinoy Aksyon for Governance and the Environment, welcomed the arrest of the suspects.

He said the suspects could also be liable for violations of the Deregulation of Downstream Oil Industry Law and the Fire Code of the Philippines, as their operation had been extremely hazardous to explosions and fire.