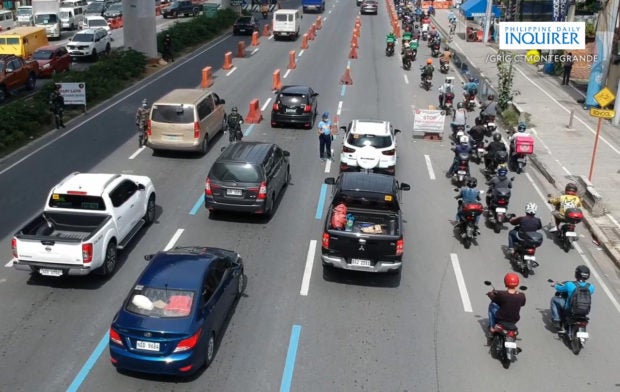 MANILA, Philippines — Only individuals aged 18 to 65, and not 15 to 65, will be allowed to step out of their residence in Metro Manila amid the general community quarantine, the chairman of the Metro Manila Council (MMC) clarified on Monday.

(What the MMC agreed on was that only persons aged 18 to 65 are allowed out of their residence.)

(That was our agreement because those aged below 18 are minors. We don’t want them  loitering in the streets since they are more vulnerable to the disease than those aged 18 years and up.)

Olivarez made the clarification after presidential spokesperson Harry Roque announced on Friday that persons aged 15 to 65 years old are now allowed to go out of their homes despite the community quarantine being imposed in the country to curb the spread of the new coronavirus.

Roque, however, said in his announcement that local government units may still impose specific age limits for minors, depending on the situation in their respective jurisdictions.

Previously, under IATF guidelines, those aged below 21 and above 60 years old are required to stay at home with the exception of work and accessing necessities.

Olivarez said the new age restriction on persons allowed to step out of their residences in Metro Manila was agreed upon by the mayors in the region during a meeting on Sunday with some Cabinet members who are also members of the Inter-Agency Task Force on Emerging Infectious Diseases.

(That’s what was agreed upon yesterday, with the secretaries in attendance.)

Based on data from the Department of Health, the National Capital Region has so far logged a total of 179,452 COVID-19 cases, with additional 846 cases reported on Sunday.