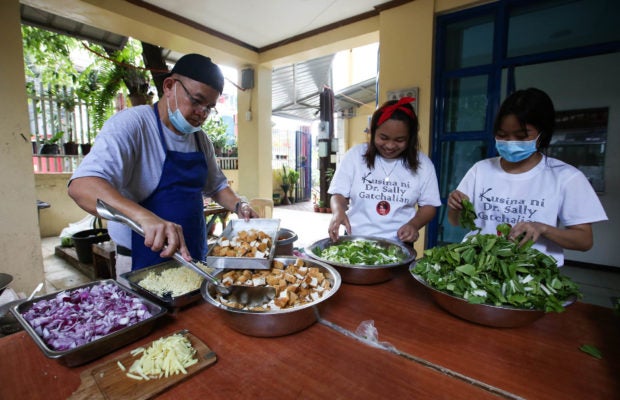 MANILA, Philippines — In the time of the pandemic, Saturday is cooking day at the waiting area of San Isidro Labrador Parish Church in Quezon City.

On one such morning in September, volunteer Pascual “Jun” Puno is alternately stirring two large steaming woks, while about a dozen others are preparing vegetables, tofu and chicken for cooking and tending to a cauldron of rice.

They will pack the meals for distribution to informal-settler families on nearby Maunlad Street in time for lunch.

The church began providing hot meals to poor communities in Barangay Pinyahan on May 6, at the height of the lockdown.

Doc Sally was president of the Philippine Pediatric Society, assistant director of the Research Institute for Tropical Medicine, and among the most well known in the medical community to die of the disease.

“It was Father [Robert]’s hope that the people would not feel abandoned during the pandemic,” says Puno, a canteen owner who serves as the kitchen’s chief cook and coordinator.

Earlier, members of the church’s youth ministry conducted a census on foot in the informal settlements around NIA Road—Maunlad (known as “Boracay” to its residents), Makisig and Mabilis Streets—to find out who were most in need.

Reyes received a donation of P200,000 from a religious congregation in Hong Kong. His parishioners also chipped in, and they were good to go. 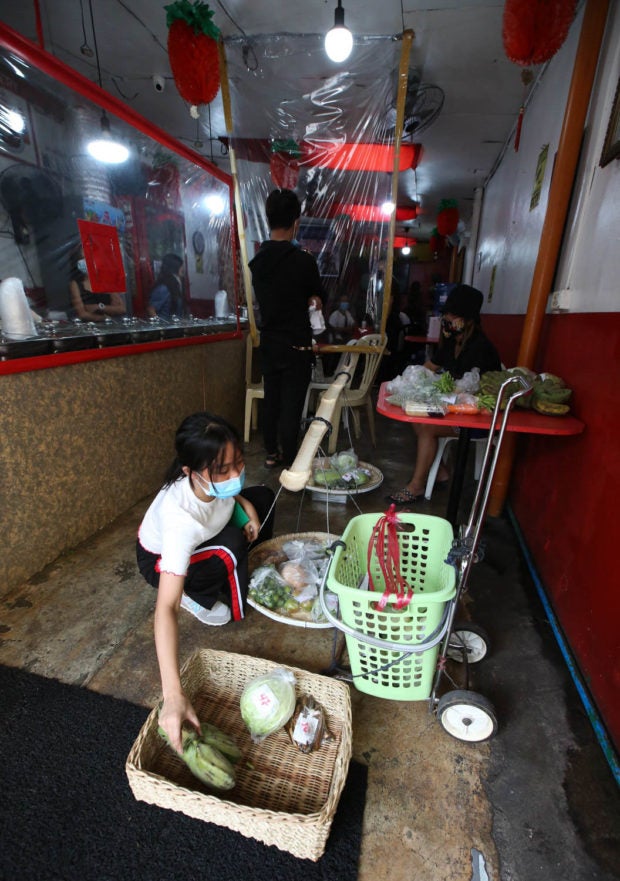 Gatchalian, previously uninvolved in the church’s activities, believes that Reyes drew him into the church circle out of concern for the widower’s well-being after Doc Sally’s death.

“My wife and I always went to church. We would go together either Saturday afternoon or Wednesday morning. My only job then was to bring her to church,” he recalls, adding:

“I was the silent, inactive partner. Sally was always involved in all the committees while I was always at the hospital. And there were many things I was involved in, like the Philippine College of Surgeons and Philippine Urological Association, and the training of residents who are going to be specialists in the future. When I got involved with Kusina ni Doc Sally, it changed my life.”

When the kitchen began operations, some 30 volunteers prepared lunch for about 500 people thrice a week. Representatives of the recipient families queued outside the church bearing predistributed meal stubs.

On July 25, when the community quarantine had eased, the food distribution shifted to once a week, good for 150 people. The meals were delivered to the homes.

As of the end of September, the church had distributed a total of 8,454 meals, according to Puno. 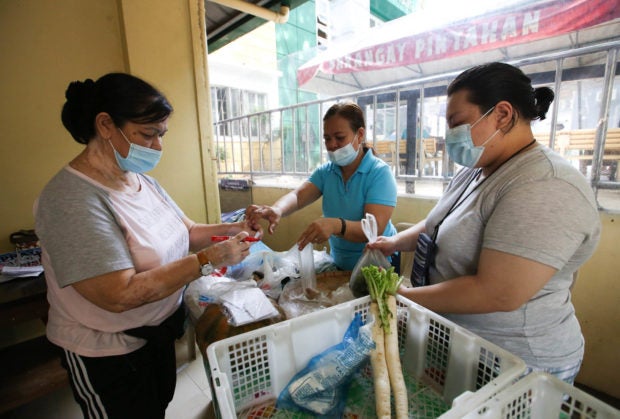 ALL IN THE FAMILY Anna Alejandro (center), her daughter Andrea (right), and another volunteer repack vegetables in the waiting area of San Isidro Labrador Parish Church. The vegetables bought from a nearby public market are sold at affordable prices to fund Kusina ni Doc Sally.

The kitchen has branched out to a vegetable project, the Gulayan ni Doc Sally, which began on July 21.

Volunteers Anna Alejandro and daughter Andrea, who is blind, repack the vegetables that are bought wholesale for the feeding program.

Reyes himself and some youth volunteers go around the neighborhoods to sell the vegetables.

Andrea, 33, says she became anxious at having no freedom to leave the house in the early months of the lockdown. By May, she was insisting on going to church to hear Mass.

“In spite of the risks, it’s important to volunteer, to bring back to God all the blessings He has given me,” she says.

An adviser in the parish youth ministry, Andrea has inspired Grade 12 student Karen Nicol to volunteer as well.

“After all we went through in the months of quarantine, I realized that I’m happy with whatever I can do for others without receiving anything in exchange,” says Karen.

College freshman Irish de Guzman, another volunteer, was inactive in church activities before the pandemic. Her work has given her “courage to go out, to not be afraid anymore,” she now says. “I enjoy the feeling of being able to help others. Through this, I developed responsibility and reflection. I used to be limited to school and the house. Serving others gives something back. I became more open to God.”

Lorna Fortaleza is a regular customer who buys much of the vegetables for her eatery near the bus terminals on Edsa.

“Nanay” Memay, an elderly resident who is unwilling to go outside their gate, eagerly awaits Reyes for her supply of leafy vegetables, carrots and sayote.

The priest occasionally offers his goods to people he passes, like a barangay public safety officer washing a collapsible ambulance stretcher along Malakas, or a man standing near a row of parked vehicles wearing a Manny Pacquiao face mask.

“The vegetables we cannot sell go to Kusina ni Doc Sally, so there’s no waste,” Reyes says, explaining that the money from the sales are used to keep the feeding program going. 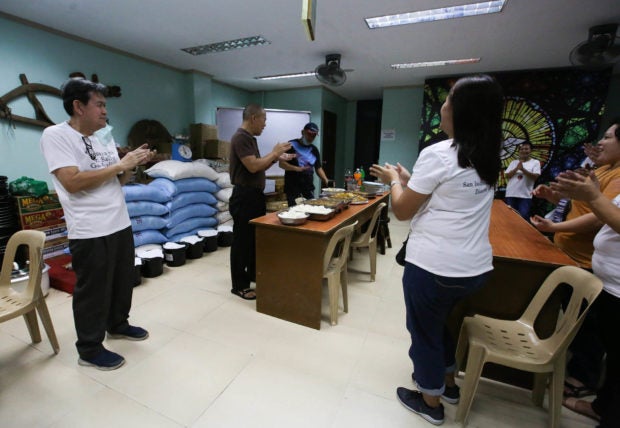 BREAKING BREAD Dr. Eduardo Gatchalian, widower of Dr. Salvacion Gatchalian, Fr. Robert Reyes and volunteers take a break for lunch after a visit to the poor and elderly in Barangay Pinyahan.

Reyes observes that with a core of nearly 40 volunteers whom he calls the “remnant church,” the parish has become more active now than in prepandemic days.

Young people who were mostly involved only in the church choir or the weekend clean-up program have showed up to volunteer, he says. And formerly inactive parishioners are now among the core volunteers.

Gatchalian has found that the church projects help in his healing.

Says the physician: “When you experience a terrible loss, life [loses] direction. It was like I was thrown into a maelstrom, as if a flood washed everything out, even the foundation. You don’t know where to start and where to go. The only thing that was left was our physical house, but life had no more meaning.

“Now there is an activity that somehow alleviated the pain, sadness and loneliness. You start planning and thinking of how you can be of help rather than think about yourself. I guess Sally wanted me to go beyond that time of sorrow. So, it’s more personal.

“It’s healing for me because I have meaning now. I feel like she is giving me the direction to use my talent, to help other people.”

Since the beginning of the pandemic, Reyes has held that the Church should maintain its presence to and connection with the people.

He has quietly kept the parish church open and tells the faithful they are welcome to spend time there, subject to necessary protocols such as physical distancing.

He has done away with the morning Mass but celebrates the evening Mass.

“I wondered what the Church can do to connect with and be actually present to the young people. They have seen how important it is to pray, yes, but also to serve,” Reyes says.