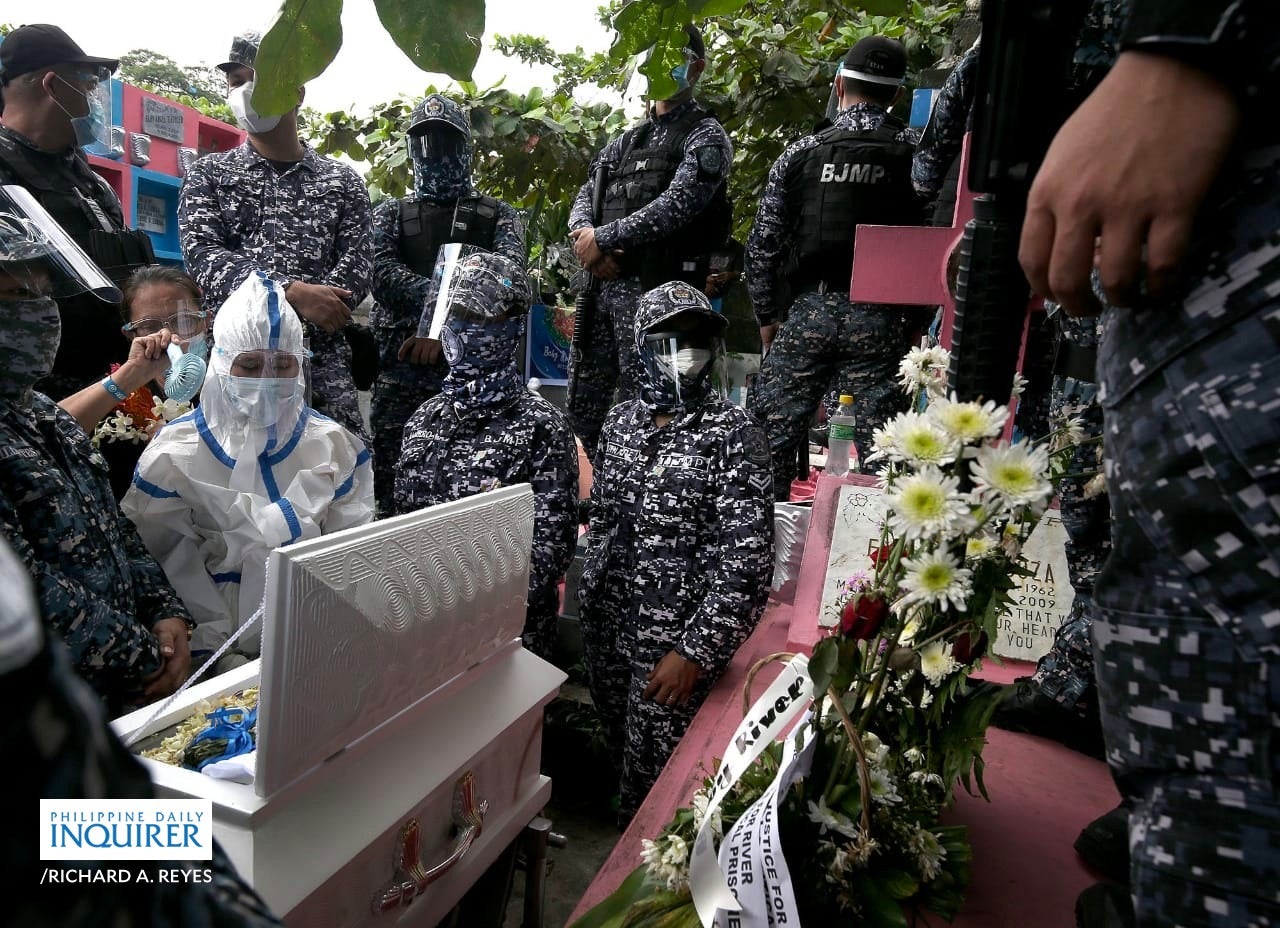 Detained activists and urban poor advocate Reina Mae Nasino at the burial of her 3-month-old daughter Baby River at the Manila North Cemetery in Manila on October 16, 2020. RICHARD A. REYES / INQUIRER

The Vice President also condemned the apparent lack of compassion and humanity by members of the Bureau of Jail Management and Penology (BJMP) who escorted Nasino.

(What I can’t understand was that humanity apparently disappeared. The kind of response given was totally unnecessary.)

Nasino’s three-month-old daughter was buried last Friday, Oct. 16, a week after she succumbed to gastroenteritis complications.

The burial was heavily guarded by BJMP personnel and the hearse carrying baby River sped away from the funeral parlor, ruining the family’s plan to pass by the Supreme Court and Court of Appeals to plead for Nasino’s temporary freedom.

(It seemed like overkill. We saw the photos, the footages, we don’t know why the response was like that. The mother was alone and she only wanted to see her dead daughter.)

Robredo also lamented the difference in the treatments given to Nasino and to other personalities who were given privileges despite their convictions.

Nasino, along with at least 60 other activists, was arrested in November 2019. She is facing illegal possession of firearms and explosives charges.

The 23-year-old gave birth to River in July, eight months after her arrest.

The National Union of People’s Lawyers repeatedly tried to reunite mother and daughter but to no avail.