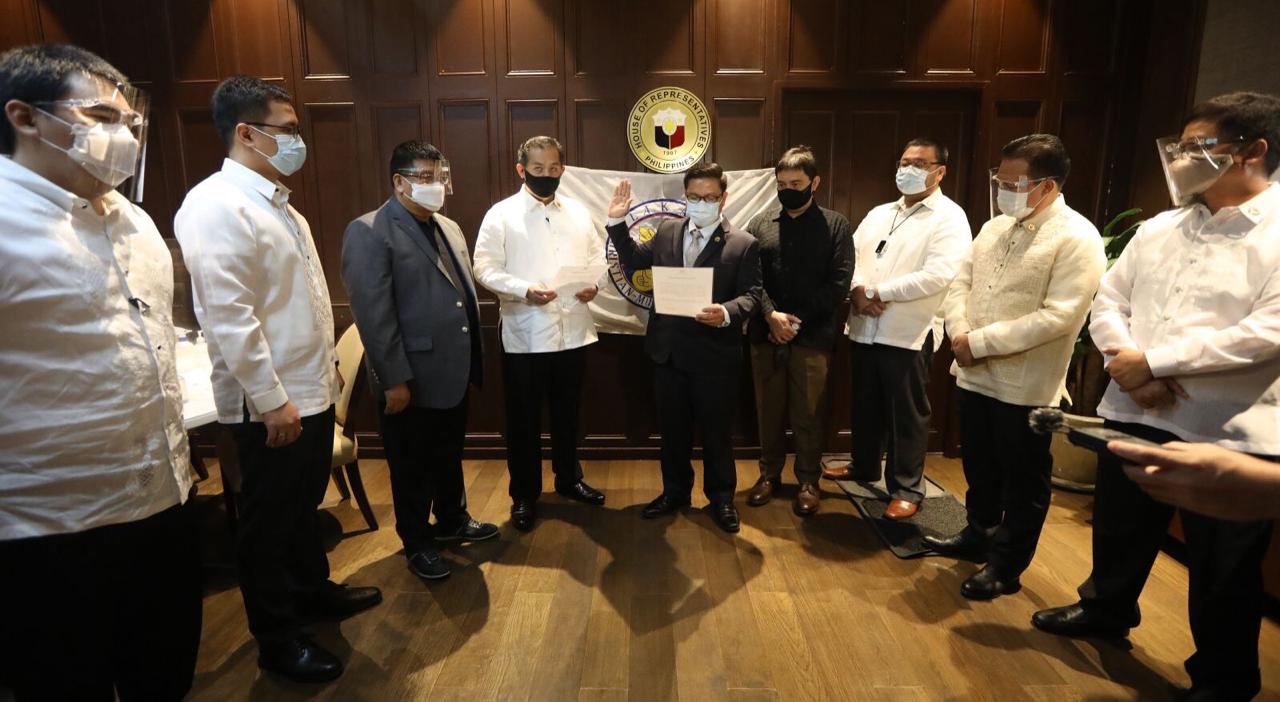 The joining of the six solons brings the number of Lakas-CMD members in the lower chamber to 42. Of this number, 21 are district congressmen and 21 are party-list allies, Majority Leader Martin Romualdez said Sunday.

Quezon City Rep. Anthony Peter Crisologo who took his oath last Friday night as Lakas-CMD member. He was sworn in by Romualdez.

Crisologo was from the National Unity Party while Dalipe was from Nationalist People’s Coalition.

“This is in line with our commitment to strengthen Lakas-CMD’s political influence nationwide and help President Duterte pass the remaining legislative agenda of his administration and ensure that genuine reforms are implemented in the last 20 months of his administration,” Romualdez said in a statement.

“Lakas-CMD is gaining momentum in its goal to strengthen its ranks in the House of Representatives,” he added.

The party is currently chaired by Senator Bong Revilla Jr.