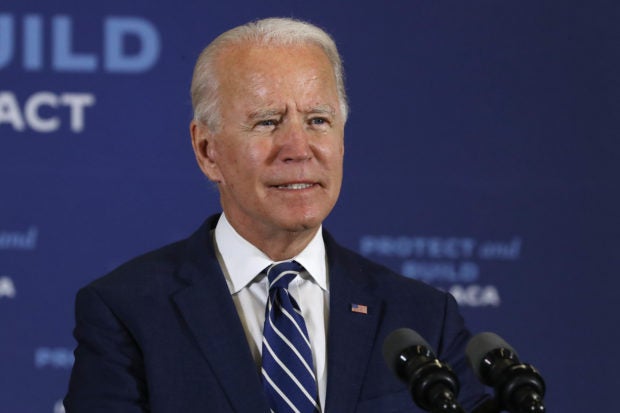 SOUTHFIELD, United States – Joe Biden on Friday described President Donald Trump’s reluctance to denounce white supremacists as “stunning” in a hard-hitting speech in battleground Michigan with 18 days to go until the election.

Standing by the side of the Democratic presidential candidate as he spoke was Governor Gretchen Whitmer, a fierce Trump critic who was recently found to be the target of a well-planned kidnapping plot by a heavily armed right-wing militia.

“Make no mistake, that’s who they are, domestic terrorists,” Biden told a group of some 20 guests and reporters in the town of Southfield.

“It was the sort of behavior you might expect from ISIS. It should shock the conscience of every American. Every American, and the failure to condemn these folks is stunning,” said Biden.

In a tweet on October 8 as the plot was made public, Trump expressed no sympathy for the governor.

“Rather than say thank you, she calls me a White Supremacist,” Trump complained.

“I do not tolerate ANY extreme violence,” he insisted.

Trump also infuriated many Americans during the first debate with Biden on September 29 when he declined to denounce white supremacist groups and instead, speaking out to the right wing nationalist group called the Proud Boys, said “stand back and stand by.”

The group celebrated its mention by the president by adopting those words as part of a new logo.

Two days later, under pressure to explain himself, Trump said he did in fact condemn all white supremacists.