The government has allowed malls and other commercial establishments as well as the travel industry to increase their operations, officials said on Friday.

Presidential spokesperson Harry Roque said the Inter-Agency Task Force for the Management of Emerging Infectious Diseases (IATF) had approved guidelines set by the Department of Trade and Industry (DTI) to augment business operations, including those in travel and tourism. 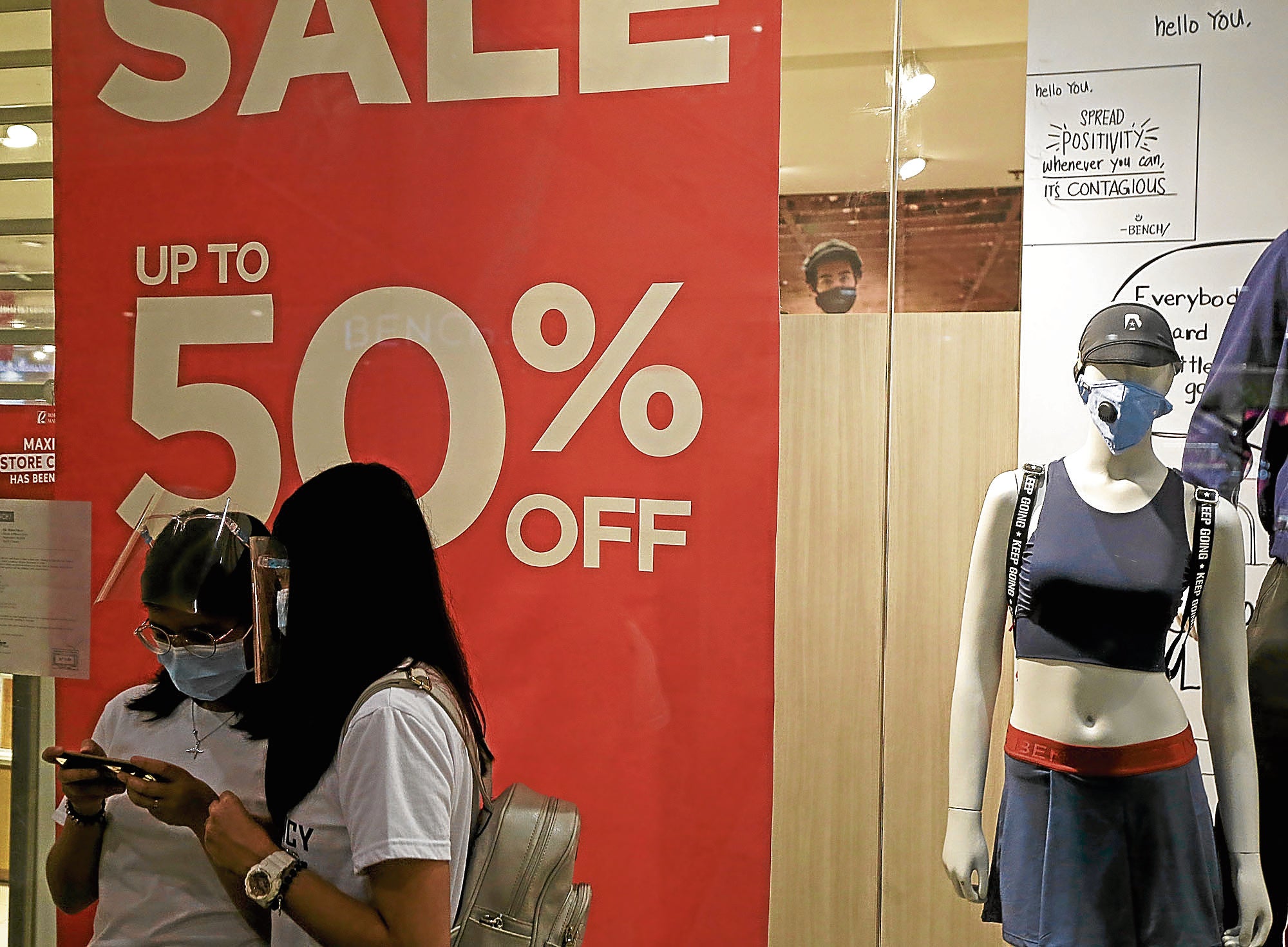 REOPEN MORE SECTORS A mall offers a bargain sale as the government eases restrictions on business activity to revive the economy. —RICHARD A. REYES

In a speech at an online event on Friday, Trade Secretary Ramon Lopez said “there are ways without going to MGCQ to reopen more sectors by really adjusting their operating capacity. And that means more workers could return to their jobs.”

Also under the circular, “travel agencies, tour operators, reservation service and related activities are recategorized from Category IV to Category III, and thus are allowed to reopen at 50-percent operational capacity for areas under GCQ, and 100-percent capacity for areas placed under MGCQ,” it read.

The government had earlier classified businesses in four categories, to determine which businesses are allowed in specific levels of quarantine and up to what operational capacity. For example, under Category IV, cinemas, full body massages, and even libraries were not allowed in areas under GCQ.

With the further opening of business, the government has also given Filipinos greater freedom to move around, as it now allows teenagers as well as senior citizens to leave their homes and even travel for leisure abroad.

Roque said people are now also allowed to travel between areas under GCQ and the looser MGCQ—an accommodation previously allowed only to front-liners in health, humanitarian work and other critical services.

Beginning Oct. 21, Filipinos would be allowed to leave the country for nonessential travel.

But they would have to submit confirmed round-trip tickets and should have adequate travel and health insurance if they will leave on tourist visas.

They should also execute an immigration declaration acknowledging the risks involved in traveling, and present a negative result from an antigen test—a swab test with faster results—within 24 hours before departure.

Roque said inbound nonessential travel is not yet allowed.

Yet, visitors to Boracay are allowed, after they secure negative results from a swab test not earlier than 72 hours before their date of travel.

However, in-person audience, online or remote betting, and broadcasting of cockfights are not allowed, he said. —WITH REPORTS FROM ROY STEPHEN C. CANIVEL