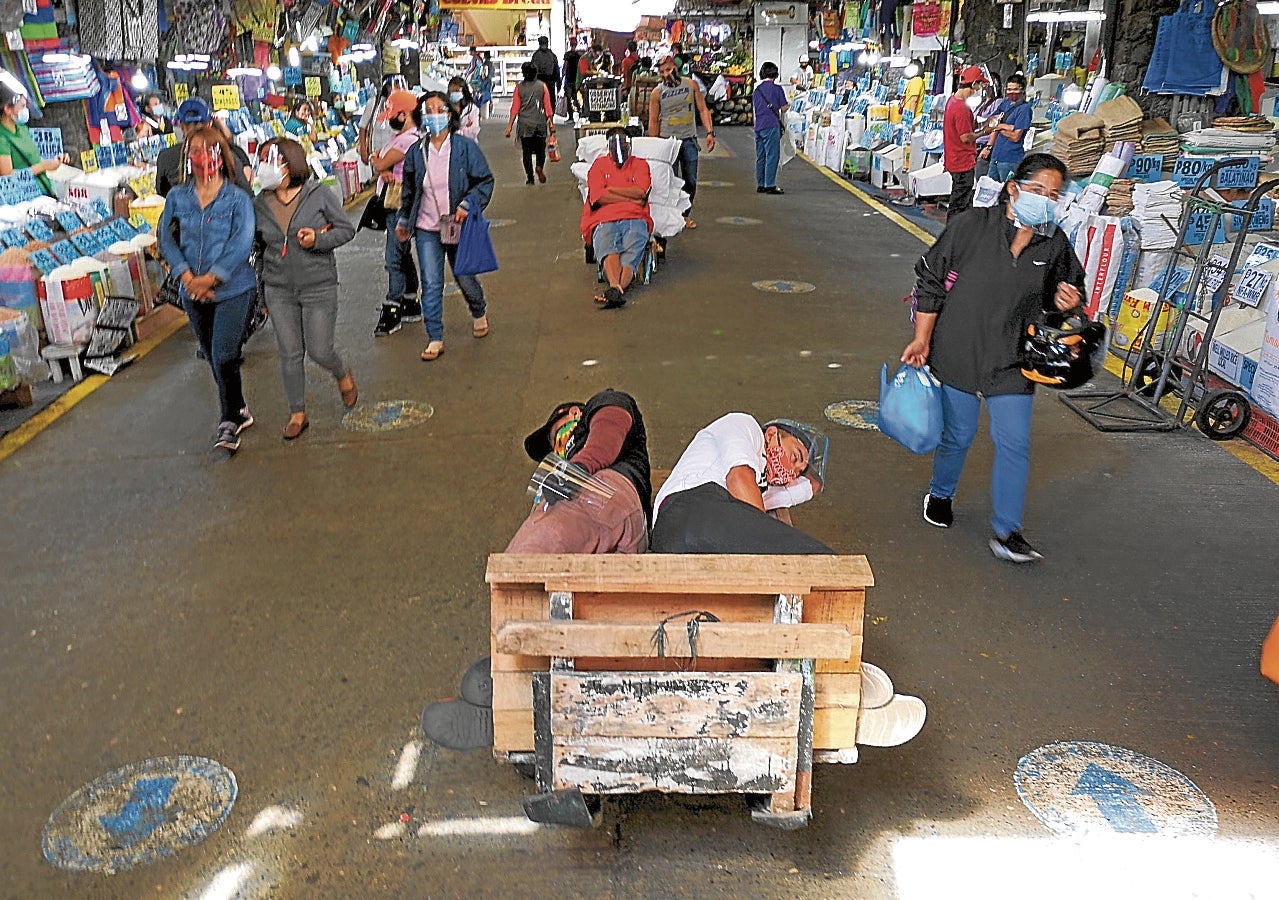 SLOWDAYS Sales at the Baguio public market have been slow since the city was placed under quarantine in March when the coronavirus pandemic struck the country. But its vendors intend to
fight for a market modernization project. —EV ESPIRITU

BAGUIO CITY—Property developer Robinsons Malls has been replaced by rival mall giant, SM Prime Holdings, as the recipient of an original proponent status (OPS) for its unsolicited offer to build a modern market here.

The decision made this week by Mayor Benjamin Magalong would allow SM to begin negotiations for a public-private partnership (PPP) development deal for one of Baguio’s most expensive redevelopment projects.

The city government intended to raise P6 billion to complete a government master plan for four interconnected market buildings, bridges and parks that would supplant the worn-out and deteriorating public market.

But the project was dropped when a government finance team ruled that the cost was too steep for the city government even if it secured a loan.

In exchange for a 50-year lease, SM offered to spend P5.4 billion on a seven-story commercial building and leave two lower floors under city control to house the new Baguio market. Robinsons’ offer was to develop a market building and a separate retail building for P6 billion under a 50-year lease.

SM’s selection has reignited protests from residents who want the city government to finance the rehabilitation of the market instead of leasing the property to a corporate giant.

A consortium of market vendors’ associations is ready to compete with SM for the market’s modernization, using P1 billion of its assets, according to lawyer Zosimo Abratique, president of the Baguio Market Vendors’ Association.

SM’s OPS is not an award for the project, Abratique said.

Quoting Magalong, he said Baguio would open the project to other investors and allow them to try and outbid SM through a Swiss Challenge, once the terms for the PPP were established.

A Swiss Challenge gives SM the advantage of matching the bids of the rival companies.

“Our livelihood is at stake here,” Abratique said, citing the massive losses suffered by market traders due to the coronavirus quarantine that began in March.

SM and Robinsons transmitted their unsolicited proposals to the city government late last year after a technical working group put up the original market modernization plan.

Robinsons was granted the OPS in August by a PPP for the People screening committee, which reviewed the two proposals. But questions about the process were raised when a screening committee member revealed that Robinsons had failed to supply the group with technical and engineering plans for the market buildings.

Magalong ordered a second review last month and had informed the committee this week about choosing SM. He said Robinsons did not submit the technical documents which would have helped the city government assess its offer.