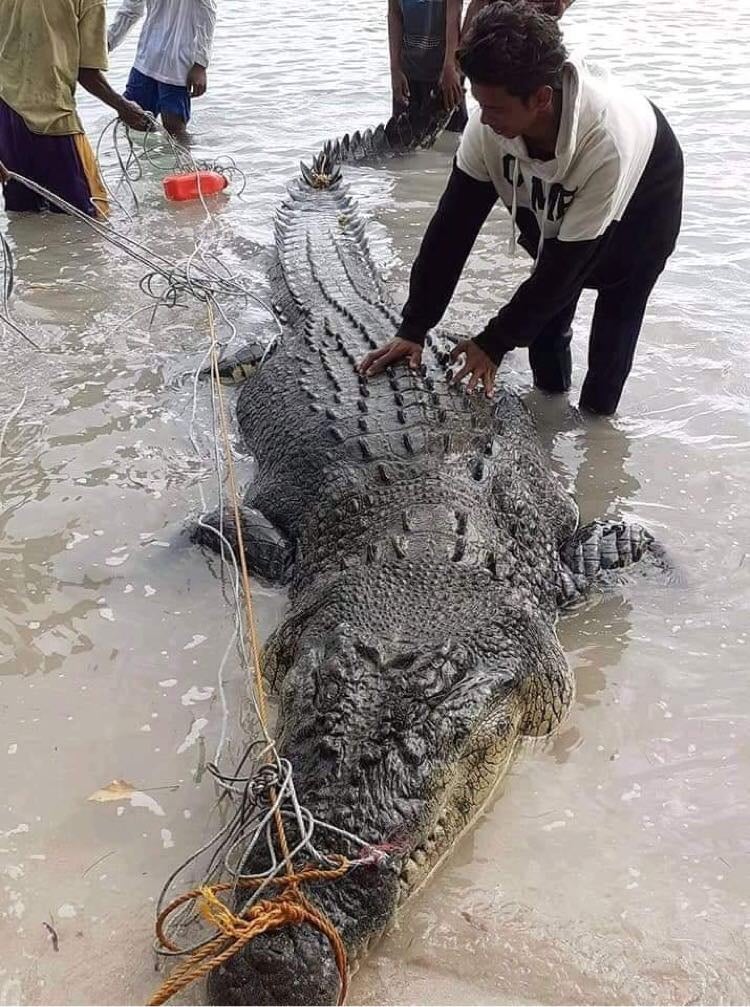 ZAMBOANGA CITY—A saltwater crocodile bigger than a car found its way into the waters of Simunul town, Tawi-Tawi province on Wednesday (Oct. 15).

The crocodile measured 17 feet and 10 inches, longer than an average car which measures up to 15 feet, although Valcorza said he would leave the measurement, the croc’s gender and species to the environment department.

According to Valcorza, it was the fourth croc to find its way in Simunul. The first, which measured 16 feet and 11 inches, was found in Sokah Bulan in September 2017. It had been given the name Papa Bulls.

The second and third crocs that were found in the town measured less than six feet in length, Valcorza added.

The latest “migrant” to Simunul was initially named David, the first name of the man who captured it.

Valcorza said he found it unusual for crocodiles to end up in Simunul which has very limited patches of mangroves, where crocodiles are known to stay.

The municipal government placed the crocs in a seawater pond to simulate their natural habitat, Valcorza said.