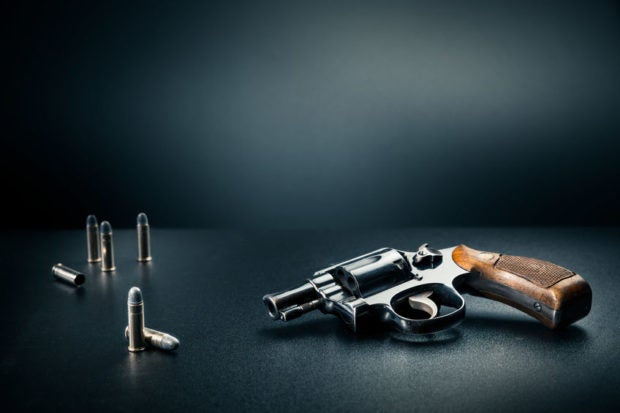 A man swallowed a live bullet and shell casings to hide evidence in the killing of a man in New Jersey, USA.

Victor Kaganzev, 20, and Christopher Velez, 21,  were arrested earlier this month for the shooting of 48-year-old David Cardonick, as per news website NJ.com earlier today, Oct. 16.

They were initially charged with attempted murder and weapons offenses as the victim was able to remain alive for a few days after the shooting at Cardonick’s apartment.

The two, who reportedly had a feud with Cardonick’s son, went to the victim’s house to steal money. Gloucester County Assistant Prosecutor Jonathan Grekstas stated that Kaganzev had hired Velez to get the cash and to open fire in case anyone resisted.

When Cardonick was met with an armed Velez on Sept. 28, the former tried to immediately shut the door. Velez then opened fire twice, with one bullet hitting Cardonick’s forehead.

The charge against Velez has been upgraded to murder, while Kaganzev is now charged with complicity to murder following Cardonick’s death.

Grekstas in a recent hearing said a security camera was able to capture the moments right after the shooting, according to the report.

Footage showed Velez walking from Cardonick’s apartment toward Kaganzev and their car, and returned the gun to the latter.

Kaganzev was then seen swallowing one live round and two shell casings in an extreme attempt of hiding evidence. Grekstas noted that all three items had to be surgically removed.

The two remain detained and are due to return to court in December, the report said. Ian Biong /ra