Woman gets peed on by pastor during flight in US 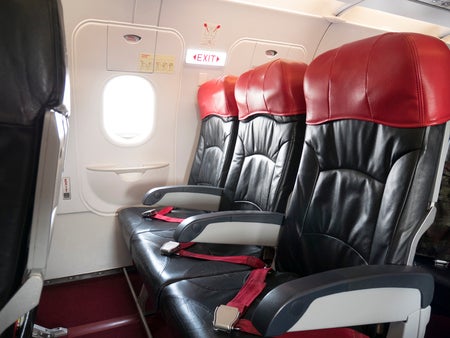 A pastor from North Carolina, USA, allegedly urinated on a woman while she was asleep during a flight.

The incident occurred earlier this week when Alicia Beverly was on board a plane on her way home to Detroit from a fun Las Vegas trip with her sister, as per Fox-owned WJBK yesterday, Oct. 15.

Beverly said she had “never been more ready to come back home” after the horrifying experience. In an interview, she recalled that she awoke to the feeling of being urinated upon.

“It felt warm, like on the side of me I felt something warm,” she told the television station as she pointed to the lower right part of her back.

Beverly was then shocked when she saw the pastor’s “private area out,” and he appeared to have had actually urinated on her.

“I jump up and I seen his private area out and I screamed and that woke everybody up. By that time I actually looked at him and I see him shake himself off and I’m like ‘this man just peed on me!'” Alicia said in the interview.

“I looked and there was a puddle of pee in the seats!” she added.

An off-duty officer in the same flight heard Beverly’s scream and immediately restrained the pastor, according to the report.

The pastor, whose identity was not disclosed, turned out to be well known in North Carolina.

Beverly, who had to spend several hours of the flight back home in her urine-soaked clothes, said that the whole experience left her filled with anxiety.

“I left work yesterday because I couldn’t stay, but I had to tell them why I needed to leave. It was a lot,” an emotional Beverly told the news outlet.

“My anxiety was really high literally. Since then I have only gotten 4 hours of sleep,” she added.

The pastor has yet to be charged, as of yesterday. The Federal Bureau of Investigation, which handles incidents in the air in the US, will reportedly decide concerning charges against him. Ian Biong /ra