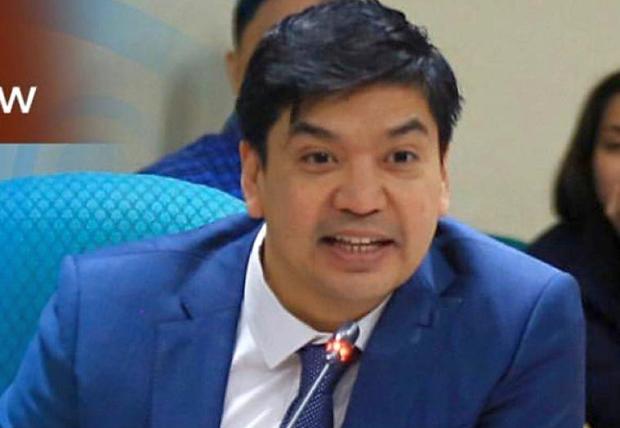 MANILA, Philippines — Former Deputy Speaker Luis Raymund Villafuterte challenged Speaker Lord Allan Velasco on Friday to present to the public the final version of the House-approved proposed 2021 budget prior to its approval by the bicameral conference committee to ensure there will be no illegal insertions of funds.

Villafuerte made the remark as senators expressed fear that post-approval amendments could be made in the proposed 2021 national budget if the House will not immediately submit to the Senate the printed copy of the measure.

The former deputy speaker echoed these concerns of senators, saying that the delay in the transmission to the Senate might lead to last-minute illegal insertions.

“We should remain vigilant and hold Velasco to his avowed commitment of ensuring that there won’t be any redistribution of the funds under the 2021 budget approved by the House,” Villafuerte said in a statement.

“If you will recall, it was Andaya who was the architect of the post-bicameral committee  insertions in the 2019 budget, which was why the General Appropriations Bill (GAB) at that time suffered numerous delays and eventually resulted to the implementation of a reenacted budget at the onset of 2019 and the President’s subsequent veto of certain portions of the 2019 budget for being illegal insertions,” Villafuerte said.

The former deputy speaker likewise claimed that Andaya has been attending the deliberations on the proposed 2021 budget and has even been “dictating” on House appropriations chair Rep. Eric Yap.

“This is the same formula for disaster that happened during the  bicameral committee deliberations on the 2019 budget. The House, under then-Speaker Gloria Arroyo, realign around P75 billion in funds for projects that were eventually vetoed by the President,” Villafuerte said.

“We suspect that they are pushing through with these last-minute illegal insertions because we have received reports that they are now talking to contractors to find out what projects can be implemented in the districts of solons favored by Velasco,” he added.

INQUIRER.net is reaching out to the camps involved in the issue as of this posting.

But Senior Deputy Speaker Doy Leachon said Velasco has made it clear that there will be no illegal insertions in the budget.

(Of course, that is the growing sentiment of the members, that is why need to be careful and of course, most importantly, there will be equal to all the districts depending on their needs.)

“Malinaw yun, from the very start,” he added. (That is clear from the start.)

“Not at all. Gusto kong pabulaanan yun na siya ay working on the budget. Malinaw naman. Even the small committee can attest to that na walang hand si former Congressman Andaya,” Leachon said.

(I would like to deny it, that he is working on the budget. It is clear. Even the small committee can attest that former Congressman Andaya has no hand in this.)

(Andaya is not involving himself. Speaker Velasco is also not meddling with that.)

During Thursday’s plenary session, Senate President Vicente Sotto III said he got information that the lower chamber supposedly plans to submit to the Senate a printed copy of the House-approved General Appropriations Bill (GAB) more than two weeks after it is expected to pass it on third reading.

Both Senator Panfilo Lacson and Minority Leader Franklin Drilon were alarmed by this.

“If they [House] will pass on third reading tomorrow, I cannot understand why they would submit the GAB to us on Nov. 5. Unless may plano na naman silang mag-amend [they have a plan to amend] after the third reading,” Lacson said.

Meanwhile, Drilon said: “They will pass it on third reading on the record and then in the process of printing, they will accept amendments from the individual members. That is why they cannot present a copy when they vote on it, because they will amend,” Drilon said.

On Thursday night, Sotto said Velasco has “promised” that the House would try its best to transmit to the Senate the House-approved 2021 budget bill by the end of October,