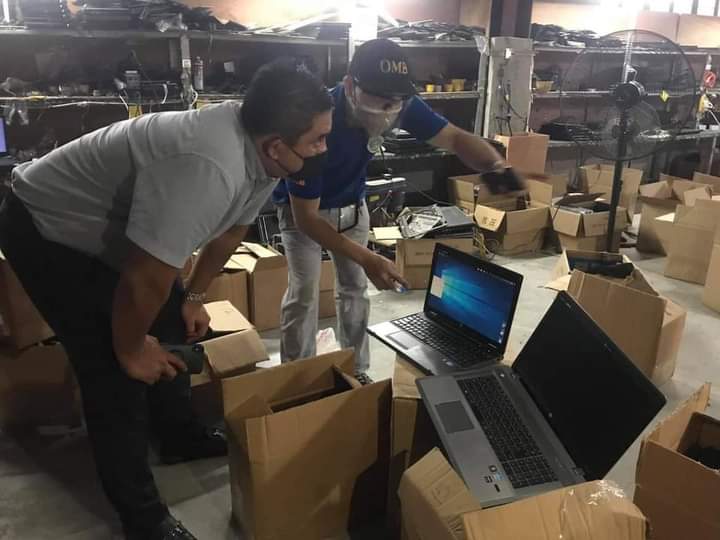 MARILAO, Bulacan–Over 13,000 used and recycled laptops and desktop computers from China, Korea and Japan were seized from a warehouse here by operatives of the Optical Media Board (OMB) on Wednesday (Oct. 14).

Lawyer Christian Natividad, OMB chair, said the computers with high-end brands were being refurbished and sold as brand-new items in gadget stores in Metro Manila.

He said the seized computers, which have an estimated value of P200 million, were also installed with counterfeit operating systems.

Eight Chinese nationals, who were allegedly running the warehouse, were already identified while a Filipino computer expert was also arrested in the operation at 3M Compound at the village of Sta. Rosa here.

Natividad cautioned the public, especially those looking for gadgets for online classes, against buying recycled computers from stores that are not licensed by the OMB.

Republic Act No. 9239, or the Optical Media Act of 2003, gave the OMB authority to check equipment or gadgets that could reproduce or copy optical media as part of OMB’s mission to stop counterfeiting.