'You could have done something': Courts blamed for Baby River tragedy | Inquirer News

‘You could have done something’: Courts blamed for Baby River tragedy 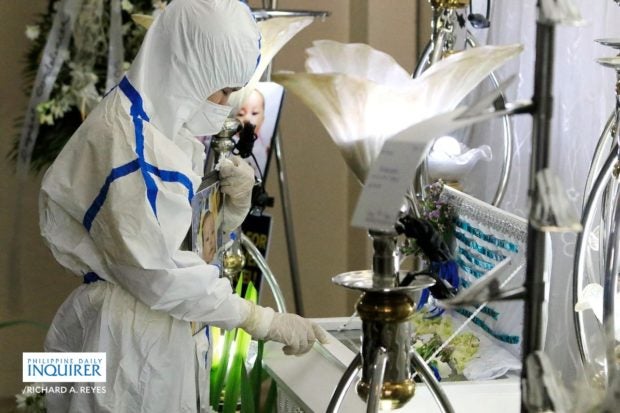 MANILA, Philippines — A support group for families and friends of political prisoners is blaming the courts in the tragedy that befell detained activist Reina Mae Nasino and her late three-month-old daughter, River.

“Are we blaming the courts? Yes, we are. You could have done something but you did not,” Kapatid spokesperson Fides Lim said in an online press briefing on Thursday.

“Pinaghintay niyo kami at binigo. You made us wait but you failed us. When we filed our petition last April 8, we knew it wasn’t going to be easy. When you are a relative of a prisoner, you are like a prisoner yourself. It’s doubly worse when you are a relative of a political prisoner because the law and time are not on your side because they are used against you,” she added.

Lim noted that she gave a letter to Chief Justice Diosdado Peralta on July 7 calling for judicial intervention after Nasino, a detainee at the Manila City Jail, gave birth to baby River at the Fabella Medical Center on July 1.

In her letter, Lim said the baby had to stay with Nasino inside the congested jail so she can be breastfed, and that “it’s a gamble that a sickly infant should even be inside prison during this time of pandemic.”

“That judicial intervention we hoped for never happened. All that we got after five months’ wait was a 301-page conflicted decision where justices debated with each other whether the Enrile ruling on granting bail to the elderly or the Mandela rules applies to our case while a baby lay sick and dying,” said Lim.

“That baby died while her mother cannot even wipe her tears while shackled and is cruelly limited to mourn for only 6 hours. Now we will be made to go through another longer wait in the lower courts which may even be fruitless as made-up case after made-up case are stacked against our loved ones,” she added.

Kapatid also called on Chief Justice Diosdado Peralta to pave the way for the release of more prisoners who are considered vulnerable to the coronavirus disease 2019 amid the threat of infection in jails.

“The Peralta Court is provided a remedy with the Writ of Kalayaan to save lives of prisoners. Approve it. Don’t be a passive court, be an active, humane court. This is an issue not only about political prisoners but ALL prisoners who are elderly, very sick, pregnant, nursing mothers. We ask you to release more prisoners,” it said.

The group likewise asked Peralta to grant relief for Nasino “to correct the injustice done to her” from the time she was “falsely arrested with planted firearms” to the time she was separated from her daughter.

“Compassion is not only for the VIPs, the Very Important Prisoners with big names like Enrile, Imelda, Gloria, Bong, Jinggoy and Ampatuan,” Kapatid added.

Nasino, 23, and two other activists were arrested at the Tondo, Manila office of the Bagong Alyansang Makabayan in November 2019 and were charged with illegal possession of firearms and explosives, a non-bailable offense. Baby River, born on July 1, was diagnosed with acute gastroenteritis. She then died on October 9 while Nacino remained detained.

Manila Regional Trial Court Branch 47 later allowed Nasino a furlough, but this time to visit her dead daughter. However, the court later reduced the furlough it gave to Nasino in visiting the wake from three straight days to only three hours each for two days: from 1 p.m. to 4 p.m. on October 14 and 16.