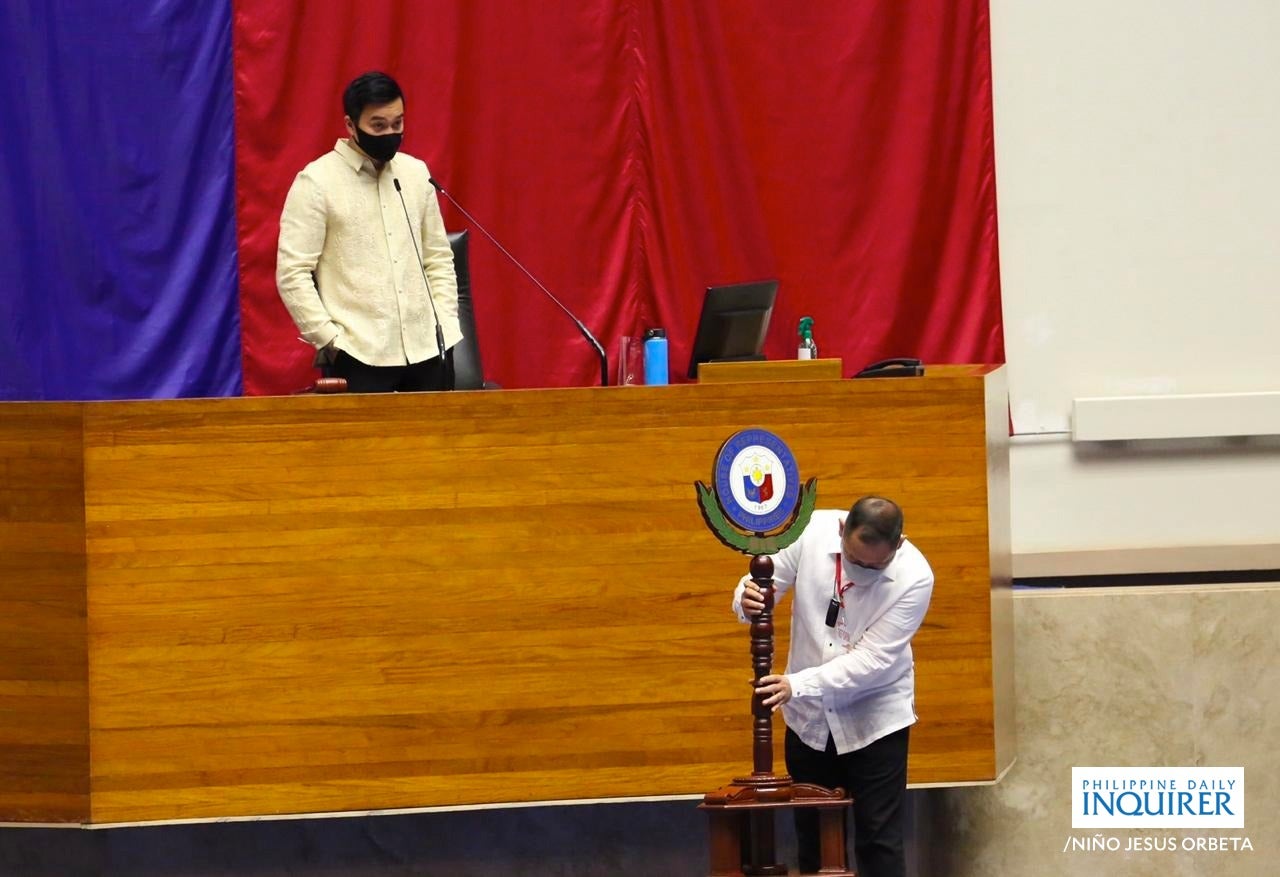 Marinduque Rep. Lord Allan Velasco is formally elected as new Speaker of the House after 186 Congressmen voted for him at the Plenary Hall of the House of Representatives on Tuesday, October 13, 2020. Niño Jesus Orbeta/Philippine Daily Inquirer

MANILA, Philippines — A minority lawmaker is considering transferring to the majority bloc following the change in the lower chamber’s leadership.

Cabatbat, however said the move is not yet final.

“I’m looking for the best opportunity to forward our cause for the farmers. Recently, nakakita ako ng opportunity sa majority pero everyday nagbabago situation (Recently, I am seeing an opportunity with the majority but the situation keeps changing everyday),” he added.

This comes after Marinduque Rep. Lord Allan Velasco was elected as the new Speaker of the House of Representatives, replacing Taguig-Pateros Rep. Alan Peter Cayetano.

Abante has also confirmed that Cabatbat had informed him of his intention to transfer.

“May isa nang nagpaalam sa akin who will transfer to the majority. Isa pa lang naman and I’m actually asking the others who have joined [Speaker] Lord Allan Velasco if they will still be with us and they still say, they don’t even know,” Abante told reporters in an online interview.

(There is one congressman who has already informed me that he will transfer to the majority. That’s just one and I’m actually asking the others who have joined Lord Allan Velasco if they will still be with us and they still say, they don’t even know.)

(He is the only one so far who has informed me. But until now he is still with the minority because there is no manifestation yet on that floor that he is joining the majority.)

The minority leader believes that two to three members of the minority bloc may transfer to the majority.

“We still do not know about that. At this point in time, hindi pa pinag-uusapan ‘yan because syempre we’re still busy trying to address the budget, perhaps pagkatapos niyan e the Speaker Lord Allan will be discussing that,” he said.

(We still do not know about that. At this point in time, we have not talked about it yet because we’re still busy trying to address the budget, perhaps after this Speaker Lord Allan will be discussing that.)

Abante likewise said he has heard rumors about some members of the majority transferring to the minority bloc. But he said no one has approached him so far about the matter.