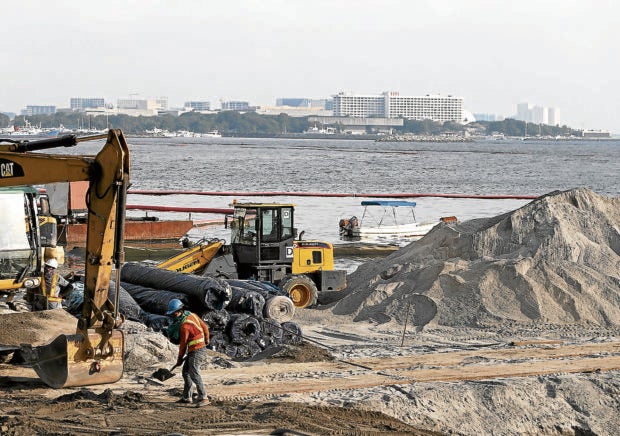 MANILA, Philippines — Environment Undersecretary Benny Antiporda on Thursday apologized to the University of the Philippines (UP) after receiving flak over his “bayaran ka” remark directed at the institution’s experts amid the controversy gripping the Manila Bay white sand beach project.

“I would like to start my statement with an apology to the UP as a whole. First, it is not intended to destroy the good name of the university itself,” Antiporda said in an interview on ABS-CBN News Channel.

“This is just to send a message to the UP MSI [Marine Science Institute] that we’re partners here,” he went on.

Antiporda earlier lashed out at the UP marine science experts and said they have “no right” to criticize the Manila Bay beautification project and branded them as “bayaran” for receiving millions in consultation fees.

“We want something good for the people. When it comes to this project po kasi, dati basura ito, ngayon po buhangin,” he went on.

(We want something good for the people. When it comes to this project, before it used to be full of trash and now we have sand.)

UP MSI director Laura David, who was also in the interview, accepted Antiporda’s apology saying there is no “bad blood” between the two institutions.

“Wala naman pong bad blood between DENR and UP,” she said.

Meanwhile, Antiporda said UP experts should have flagged the environment department first before criticizing the Manila Bay project and broadcasting it through the media.

“But in this situation kung saan partners po kami, we could have been flagged kaagad as early as possible, saying mali kayo,” he said.

(But in this situation where we are partners, we could have been flagged as early as possible and informed of mistakes.)