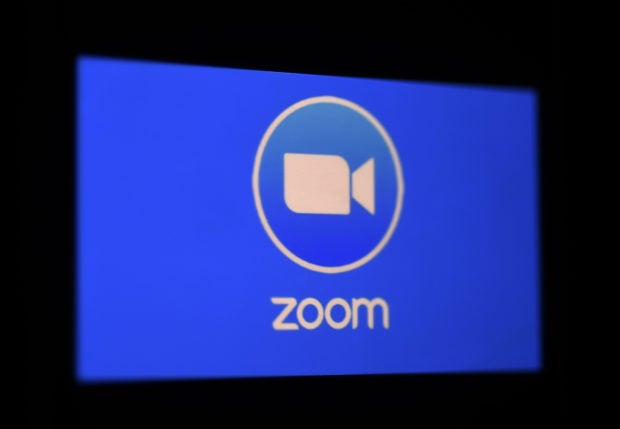 (FILES) In this file photo illustration a Zoom App logo is displayed on a smartphone on March 30, 2020 in Arlington, Virginia. – The fast-growing online video app Zoom said on October 14, 2020 it would open its platform to paid events to help performers, teachers and others monetize their activity. The announcement of the new service called OnZoom comes after a similar initiative by Facebook to help people and groups unable to hold in-person events because of pandemic restrictions. (Photo by Olivier DOULIERY / AFP)

NEW YORK, United States – The fast-growing online video app Zoom said Wednesday it would open its platform to paid events to help performers, teachers and others monetize their activity.

The announcement of the new service called OnZoom comes after a similar initiative by Facebook to help people and groups unable to hold in-person events because of pandemic restrictions.

“The difficult period we are going through has taught us that it’s possible to work remotely,” said Zoom founder and chief executive Eric Yuan, who announced the new service at the company’s Zoomtopia conference.

“The future of communications will be a hybrid of the best physical and virtual practices.”

OnZoom will allow users to host and monetize events like yoga classes, concerts, comedy shows and music lessons, according to the company which has seen a surge in usage since the start of the pandemic.

“We were humbled and inspired by all of the amazing ways the world adapted to a literal shutdown of in-person events,” Zoom product manager Aleks Swerdlow  said.

Among those participating in the beta launch are WW (formerly Weight Watchers); which will host virtual workshops, and Life Rolls, which specializes in adaptive surf and skate events for people with disabilities.

The OnZoom service, which is being launched in the US market ahead of a wider rollout, will allow for paid or free tickets, with an option to donate some of the proceeds to philanthropic organizations. For the initial launch period, Zoom said it would take no commission on ticket sales.

The company said separately it would begin allowing developers of third party apps for collaboration and productivity to integrate into Zoom under an initiative called Zapps. Initial apps include the online education platform Coursera and the polling app SurveyMonkey.

Zoom has seen a 650 percent surge in its share price this year, and says it now hosts an average of more than 300 million users daily including 125,000 schools.

In response to security concerns raised over Zoom in recent months, the company said it would begin a test rollout of end-to-end encryption.

“We announced in May our plans to build an end-to-end-encrypted meeting option into our platform, on top of Zoom’s already strong encryption and advanced security features,” said Zoom’s chief security engineer Max Krohn.

“We’re pleased to roll out Phase 1… which provides robust protections to help prevent the interception of decryption keys that could be used to monitor meeting content.”