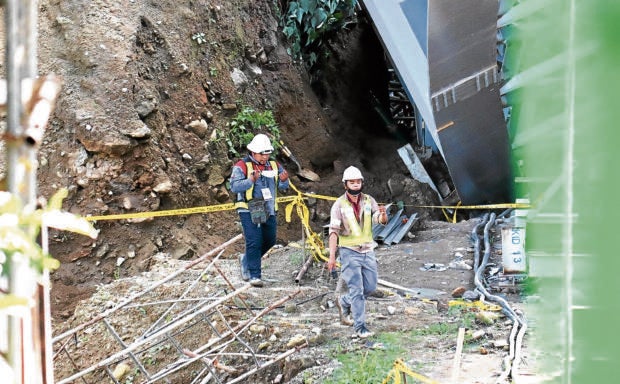 CRASHSITE A safety cordon marks the site where five workers were pinned by a collapsed beam from a bridge construction along the Subic Freeport Expressway in Hermosa, Bataan. Two workers died in the accident. —CONTRIBUTED PHOTO

The victims were working on a bridge when the 18-meter beam, weighing about 180 tons, fell on them around 1 p.m., according to police investigators.

The bridge is part of the P1.6-billion SFEx expansion project that will connect the free port to the 94-kilometer Subic-Clark-Tarlac Expressway (SCTEx) that also links with the Tarlac-Pangasinan-La Union Expressway (TPLEx). 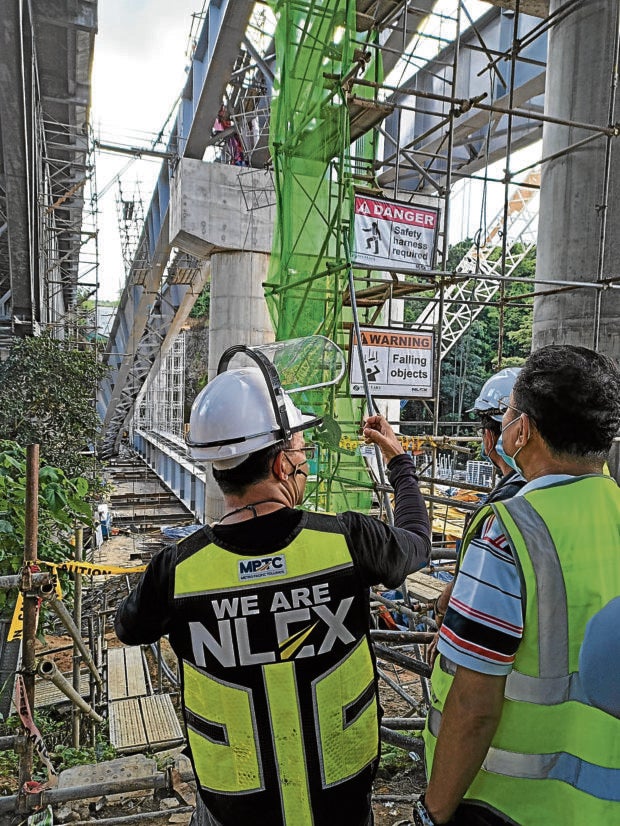 DELAY The completion of a bridge along the Subic Freeport Expressway at Barangay Tipo in Hermosa, Bataan, faces delay after construction work is suspended following Tuesday’s accident. —CONTRIBUTED PHOTO

The project will feature two expressway lanes, two new spans at the Jadjad and Argonaut bridges, and a new tunnel.

Maquiling said the company would extend assistance to the victims and their families.

But some relatives of the victims raised doubts on the safety measures being carried by the contractor at the construction site. Tajores’ sister, Mariam, said the contractor “failed to ensure that the workers were protected [from possible risks at work].”