Rapper adopts puppy thrown at him during racist rant 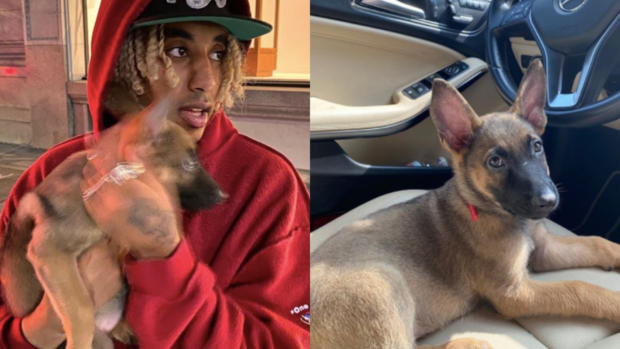 A Black rapper adopted a puppy that a white woman threw at him during a racist rant in California, USA.

The unidentified woman had confronted Glo Mula on an empty street while carrying a brown dog, as seen on the musician’s Twitter page on Oct. 10.

The woman repeatedly blocked the rapper’s path as he tried to make his way back to his car that was parked on the side of the street. As she continued to pace in front of Mula, she suddenly mentioned that he is Black.

Idk what’s goin on but I got a new dog pic.twitter.com/noLZKNYO6d

“So what if I’m f*cking Black? What’s up?” Mula said from behind the camera.

The woman did not answer his question and instead mimicked him, saying: “So what if I’m f*cking white?”

Mula then pointed out that he never mentioned her race and called her a “racist b*tch.” He added that she brought up his race first.

When Mula asked her who she was, she stated that she had “no identity.” Following her response, the rapper pointed to the puppy she was holding and asked if she owned it.

The woman then went silent before suddenly hurling the animal at Mula. The dog squealed as it hit Mula and landed on its back on the street. Once it stood up, the puppy ran between the rapper’s legs while it continued to cry.

Mula then crouched down to hold the animal and told the woman that “This is not your dog no more.”

The woman quickly accused Mula of stealing her dog and claimed that she had a “mental health record.” Following the encounter, Mula posted a picture of him with the dog on his Instagram page.

“Me [and] movie,” he said, referring to the name he gave the puppy.

The rapper has also set up a crowdfunding page to raise money for Movie.