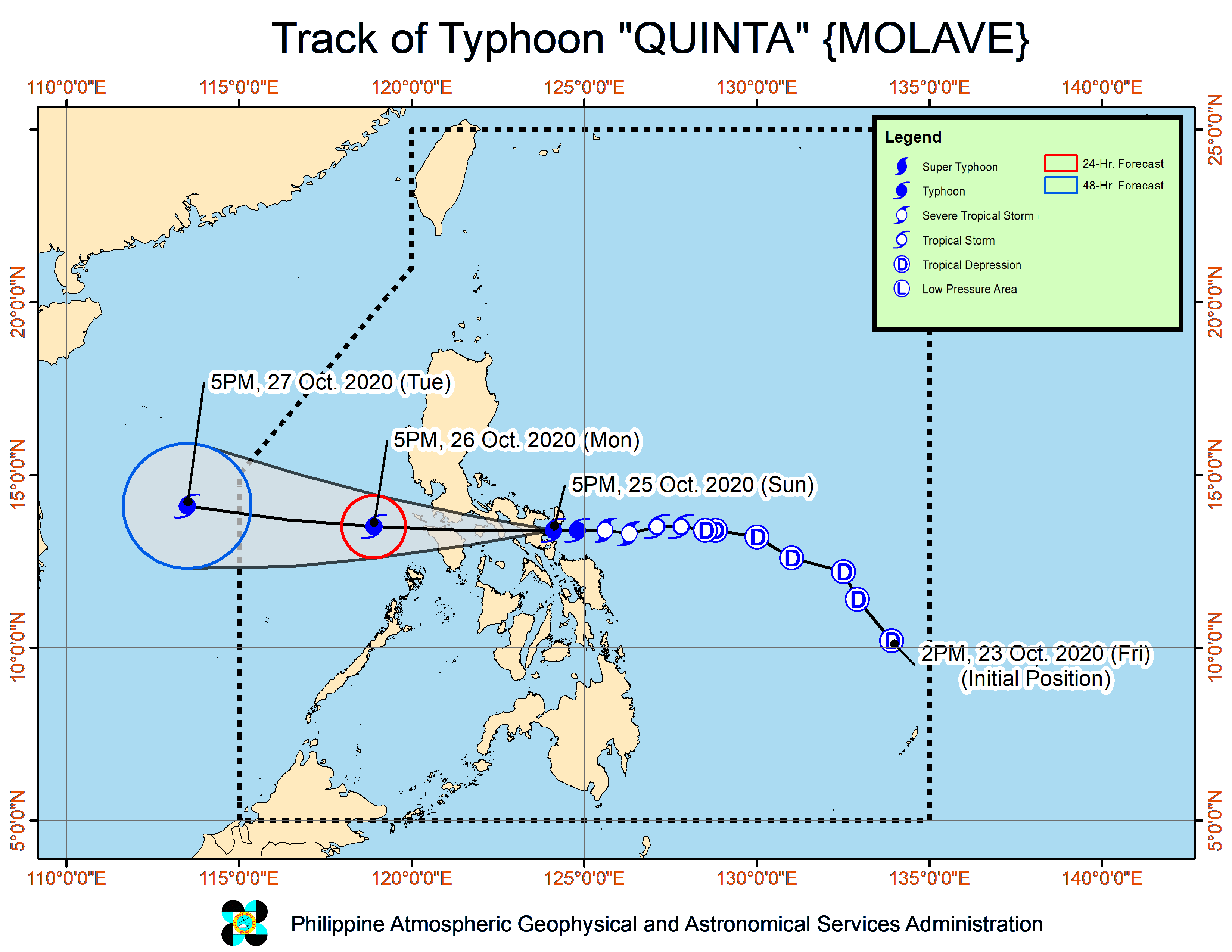 MANILA, Philippines —  Tropical Depression Ofel maintains its strength as it made its third landfall over Masbate, the state weather bureau said Wednesday.

In its 2 p.m. weather bulletin, the Philippine Atmospheric, Geophysical, and Astronomical Services Administration (Pagasa) said that Ofel made landfall for the third time over the vicinity of Burias Island, Masbate at 12 noon.

Ofel first made landfall over Can-avid, Eastern Samar at 2:30 a.m. of Wednesday, then over Matnog, Sorsogon at 6 a.m. of the same day.

Based on Pagasa’s latest data, Ofel was last spotted at 105 kilometers west of Juban, Sorsogon.

The tropical depression is packing maximum sustained winds of 45 kilometers per hour (kph) near the center and gustiness of up to 55 kph.

Masbate (including Ticao and Burias Islands)

Meanwhile, Ofel is also to bring light to moderate with at times heavy rains over Metro Manila, Cagayan Valley, Cordillera Administrative Region, and the rest of Central Luzon.

Ofel is expected to exit the Philippine Area of Responsibility either Friday morning or Friday afternoon.