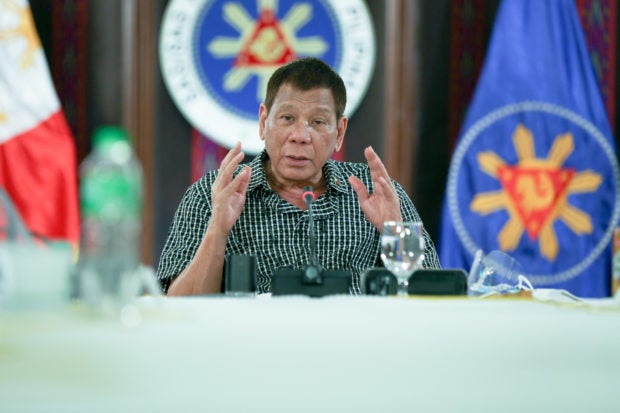 MANILA, Philippines — The Senate on Wednesday approved on third and final reading a bill seeking to grant the President authority to speed up the issuance of permits, licenses and certifications during times of national emergencies.

Voting 23-0, senators approved Senate Bill No. 1844, which gives powers to the President to suspend the requirements for national and local permits, licenses, and certifications.

The said bill covers all agencies of the executive department, including departments, bureaus, offices, commissions, boards, councils, government instrumentalities as well as government-owned and controlled corporations.

The measure also authorizes the President to “suspend or remove, upon the determination of a competent body, any government official or employee performing acts contrary” to the intent of the proposed law.

The bill, however, provides that the authority to be granted to the chief executive “shall not be used to undermine the existing procedures and processes, under applicable laws, rules, and regulations, meant to protect the environment, especially those that aim to safeguard protected areas and its buffer zones, and environmentally critical areas.”

Senate Majority Leader Juan Miguel Zubiri, who sponsored the bill, called the passage of the measure as a “victory for all of us.”

“Hopefully, the executive can start reviewing now the processes involved in certifications, license, and permits, and even make it shorter than what we passed in the Ease of Doing Business law,” Zubiri added.

“We may be on different sides of the fence about certain issues, but on this important legislation, we are united,” he said.

“I hope this is the start of real change in how we deliver public services. I now encourage our fellow Filipinos to report to us when you see wrongdoings or inefficiency in government processes. Know your rights and demand the best public service,” Go added.