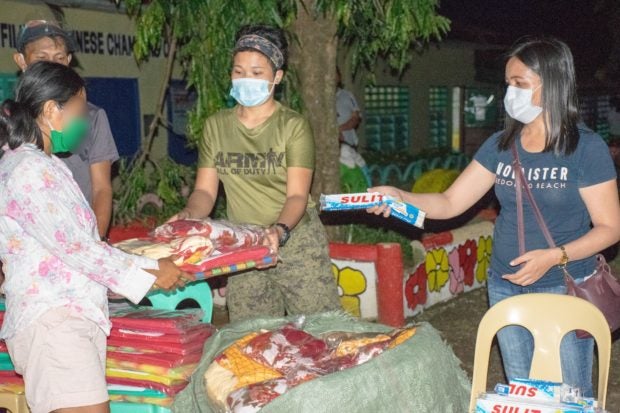 Thirty-five families are sheltered at the Minongan Elementary School, while the rest stay at the house of their relatives.

Egay said the municipal government provided the evacuees with food packs and bedding kits, and even helped transport those who have no means of transportation to Minongan.

Lt. Col. Frank Fabic, commanding officer of the Army’s 88th Infantry Battalion, said the clashes with NPA rebels occurred on three occasions last October 9 and 10 in a sub-village of Mahayag.

At one time, the rebels blasted an improvised bomb, slightly injuring a soldier who is now recovering in a hospital.

Fabic said the rebels wanted to retake the village after they were driven out by government forces. Mahayag, he added, serves as a gateway to other villages of Quezon and nearby towns.

Citing information shared by villagers, Fabic said four guerrillas were killed and several others wounded in the armed encounters. They were loaded onto horses.

Fabric said they continued the pursuit operation to further put pressure on the rebels.

He added that the rebel forces, numbering about 50, split into two groups as they fled the village.