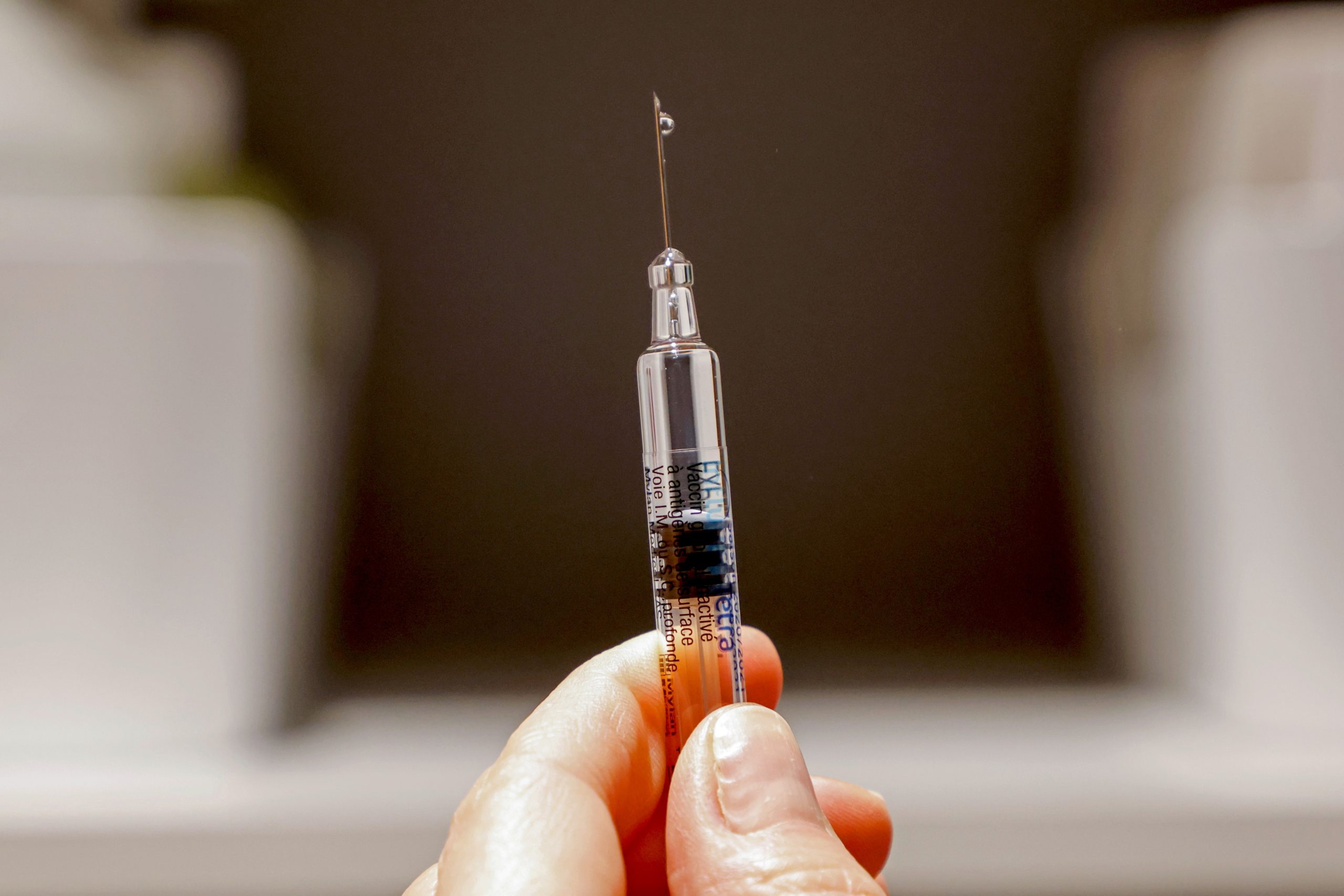 A pharmacist vaccinates a patient against the seasonnal flu at a pharmacy in Paris on october 13, 2020. (AFP)

PARIS–Up to a third of people in certain countries may believe coronavirus misinformation and in turn be less open to immunization, scientists said Wednesday, warning that development of a vaccine “might not be enough”.

Researchers in Britain and the Netherlands conducted surveys in the UK, United States, Ireland, Mexico and Spain and found that while most people rejected Covid-19 conspiracy theories, some of these false stories had taken root in “substantial sections” of the population.

The World Health Organization has warned that the pandemic has been accompanied by a damaging “infodemic” that has made it hard for people to cut through the misinformation.

The study found the conspiracy most believed by participants was the claim that the virus was deliberately engineered in a laboratory in the Chinese city of Wuhan, where the epidemic first emerged.

Between 22-23 percent of respondents in the UK and US rated this assertion as “reliable”, rising to 33 percent and 37 percent Mexico and Spain respectively.

The hoax that Covid-19 symptoms are worsened by 5G phone networks was deemed reliable by 16 percent of respondents in Mexico and in Spain, 12 percent in Ireland, and 8 percent in both the UK and US.

“As well as flagging false claims, governments and technology companies should explore ways to increase digital media literacy in the population,” he said.

“Otherwise, developing a working vaccine might not be enough.”

Researchers conducted two surveys in the UK in April and May with 1,050 and 1,150 participants respectively, while there were also 700 participants each in the US, Mexico, Spain and Ireland.

They were also asked to rate the reliability of coronavirus claims on a scale of one to seven.

On average, the study found that an increase by one-seventh in someone’s perception that misinformation was reliable was associated with a drop of 23 percent in the likelihood they would agree to get vaccinated.

By contrast, a one-seventh increase in trust in scientists was associated with a 73 percent increase in the likelihood of getting vaccinated.

Jon Roozenbeek, the lead author and a postdoctoral fellow at Cambridge’s Department of Psychology, said people were dealing with “a deluge of statistics” in the pandemic.

“The fostering of numerical skills for sifting through online information could well be vital for curbing the ‘infodemic’ and promoting good public health behaviour,” he said.

Researchers found that high levels of trust in scientists and numeracy levels were “significantly and consistently” associated with imperviousness to misinformation across all countries studied.

Trusting politicians’ ability to tackle the crisis predicted a higher likelihood of believing conspiracies in Mexico, Spain and the US, but not in the UK and Ireland, the study found.

A study from Cornell University earlier in October found that US President Donald Trump was the world’s biggest driver of Covid-19 misinformation, because of his promotion of what the researchers termed “miracle cures”.

This month also saw Facebook announce a ban on accounts linked to QAnon, a conspiracy movement centred on the unsubstantiated belief that the world is run by a cabal of Satan-worshippers.

Its followers have alleged, without proof, that the coronavirus is a conspiracy to control people using vaccines and 5G.