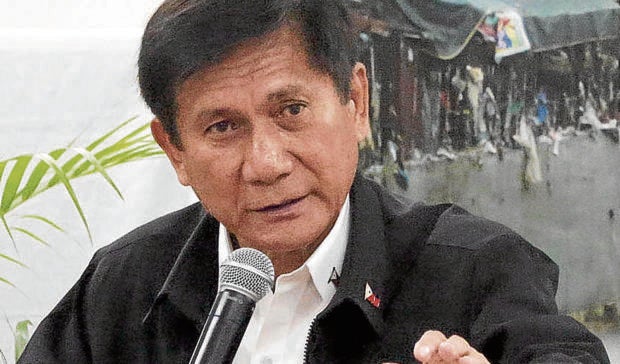 MANILA, Philippines — The Philippines is leaning toward declaring a climate emergency, which would deepen the country’s commitment to action to check the climate crisis, according to Environment Secretary Roy Cimatu.

Cimatu, who also chairs the Cabinet cluster on climate change adaptation, mitigation and disaster risk reduction, said the government’s programs and initiatives were already geared toward the declaration of a climate emergency.

Environmentalists and scientists have repeatedly urged President Duterte to declare a climate emergency as a policy instrument to help the country achieve its goals under the Paris Agreement.

“The Philippines has already suffered billions of losses, damages and disruptions due to the impacts of hydrometeorological hazards, so there’s an urgent need to address more projected adverse impacts to ensure climate justice for the current and future generations of Filipinos,” Cimatu said in a statement on Sunday.

The declaration of a climate emergency, he said, would also deepen the country’s commitment to protect the environment, the economy and communities from the impacts of the climate crisis.

Cimatu said that early this year, his Cabinet cluster had approved a resolution supporting House Resolution No. 535, which would declare a disaster and climate change emergency in the country. The House resolution was authored and filed by Albay Rep. Joey Salceda in November last year.

The Cabinet cluster also approved another resolution that underscored the need to consolidate government data to form a nationwide climate risk assessment.

Greenpeace Philippines said the declaration of a climate emergency will allow a recovery that will “transform our economy and society to tackle the climate crisis.”

Mr. Duterte, in his speech in the UN General Assembly last month, urged the signatories to the Paris Agreement to make good their pledges for climate action.

His spokesperson, Harry Roque, said Mr. Duterte would consider the suggestion to declare a climate emergency, citing climate change as “on top of the President’s agenda.”