MANILA, Philippines — So how did the riot inside the Maximum Security Compound of the New Bilibid Prison (NBP) start?

It was started by members of the Sigue Sigue Sputnik gang in retaliation for fellow members who got killed, a report provided by an insider to INQUIRER.net said.

According to the report, immediately after discovering the bodies, the Sigue Sigue Sputnik members attacked the Sigue Sigue Commando group that led to the death of its two members.

The report mentioned a certain “Ding” and a certain “Bensar,” an Abu Sayyaf member both from Dorm 5 D,” as allegedly those that led the killing of the Sigue Sigue Sputnik members before the riot.

The report, however, did not specify the reason why the two gangs are in conflict. 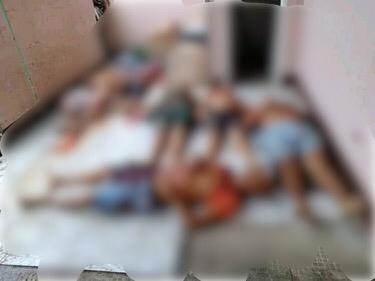 Justice Secretary Menardo Guevarra has already ordered the National Bureau of Investigation (NBI) to investigate the riot after he described as “rather raw” a report that the BuCor had submitted to him after the riot.

The BuCor welcomed the directive from the Department of Justice.

“We thank the Secretary of Justice for his regular guidance and support on important issues such as this incident,” the BuCor said in a statement.

“As before, our strong partnership with NBI in matters of mutual concern and agency cooperation will be the guiding principle we shall sustain,” it added.