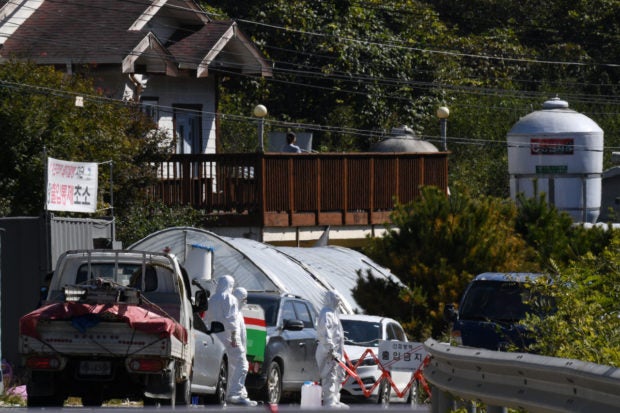 SEOUL — South Korea has reported additional cases of African swine fever (ASF) in a northeastern county where the country’s first outbreak for the year was reported, the provincial government said Sunday.

Following the report of the first case last week, samples from a neighboring pig farm in Hwacheon tested positive for the disease, according to the Gangwon provincial government.

The country reported its first ASF case since October 2019 on Friday at a farm in Hwacheon, 120 kilometers east of Seoul.

However, nearly 800 cases have been found in wild boars near the inter-Korean border area since last year.

The additional cases were reported at a farm located 2.1 kilometers from the farm hit by the first outbreak, according to the government.

No additional measure was taken because it was one of the two neighboring farms subject to the precautionary culling of pigs for being within a 10-kilometer radius of the infected farm. All 450 pigs at another farm tested negative for the disease.

The local quarantine authorities have also taken samples from 114 farms in eight adjacent cities and counties, and they all tested negative.

The animal disease does not affect humans but is deadly to pigs. There is currently no vaccine nor cure for the disease. The virus spreads through direct contact with infected animals or their remains, unlike other animal diseases, such as foot-and-mouth disease, which is airborne. (Yonhap)