How a reenacted budget can cripple COVID response

MANILA, Philippines — A reenacted budget in 2021 will exact a “huge” toll on the economy and the government’s coronavirus response to the tune of P1.23 trillion in forgone infrastructure spending and P67 billion in unfunded programs to manage the pandemic, according to economist and Marikina Rep. Stella Luz Quimbo.

This could be the grim scenario that President Duterte wanted to avoid when he called a special session of Congress to pass the P4.5-trillion General Appropriations Bill (GAB), which the political turbulence in the House of Representatives was threatening to delay.

The specter of a reenacted budget continues to haunt the government after experiencing its ravages in the first quarter of 2019 when state spending fell by P75 billion from lost opportunities to fund new public works projects. That resulted in sluggish growth in the first half of last year. 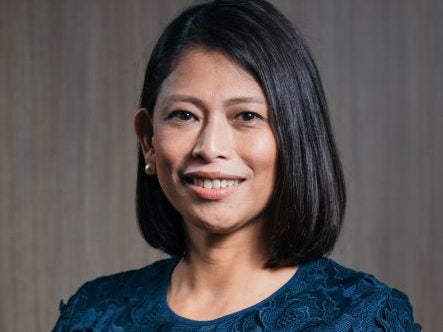 While the President might take a personal interest in the leadership dispute in the 300-member House, politics could only take a backseat to what’s at stake for the distressed economy.

“The consequence is death,” said Quimbo, a doctor of economics from the University of the Philippines specializing in health.

The minority lawmaker pored through the 2021 GAB and the administration’s National Expenditure Program to determine the economic costs of reverting to the 2020 budget.

Her findings, shared exclusively with the Inquirer, showed a startling impact.

The government would be spending only for personnel services and maintenance and other operating expenses, forgoing capital outlays.

The immediate fallout from a reenacted budget would be a severely weakened government effort to stem the pandemic.

Up to P67.06 billion set aside for responding to the health and economic crisis caused by COVID-19 would be forgone, Quimbo said.

By her reckoning, at least P18.81 billion in COVID-19-specific items under the Department of Health (DOH) would be lost. That includes P6.63 billion from the P16.58 billion allocated in 2021 for the deployment of 23,364 health personnel, including doctors, nurses, midwives, dentists, dieticians, medical technologists and physical therapists.

The DOH’s 2021 budget sets three major priorities, foremost of which is the implementation of the Universal Health Care Act and COVID-19 initiatives with a funding of P51.99 billion.

About P13.03 billion was set aside specifically for “COVID-19 Initiatives and Health System Resilience,” including extra funding for the national immunization fund, which was increased by P3 billion from P7.54 billion in 2020 to P10 billion in 2021.

Of that amount, P2.5 billion was earmarked for future purchase of COVID-19 vaccines for distribution to medical front-liners in public hospitals, jail and prison officers, education and social welfare workers, police and military personnel and senior citizens.

An item for prevention and control of other infectious diseases was also raised by P3 billion—P2.67 billion for personal protective equipment and P1.03 billion for GeneXpert COVID-19 cartridges to be used for coronavirus tests.

All told, the new items or fresh infusions to existing ones under the Dole would amount to more than P10 billion.

Quimbo said a reenacted budget meant that there won’t be any spending on new infrastructure projects, which would hurt the economy again.

The total infrastructure budget for 2021 is P1.1 trillion, up from P989 billion in 2020. Under budget laws, however, the government can only use the unspent money outlayed in 2020, not the entire allocation, if the budget were reenacted.

“For example, if 10 percent of P989 billion was unfinished in 2020, then only P9.89 billion can be spent for infrastructure projects,” Quimbo said.

She said that appropriations for completed projects “can end up as savings, which the President can use to augment other items.” But determining that amount was not so “straightforward” as certain conditions had to be met, she added.

The Department of Tourism, according to Quimbo, also stands to lose P4.68 billion in extra funding for its Convergence Program for Tourism Development.

Another P10.1 billion for a new item called “Social Protection Programs due to COVID-19 pandemic” would also be left unfunded.

Despite such a grim prospect, Iloilo Rep. Janette Garin is not worried about a reenacted budget because, first of all, she does not believe the 2020 budget will be reenacted.

“Being a former senior deputy majority leader and being a member of the committee on rules for my first nine years in Congress and currently a member of the rules committee again representing the minority, [I believe] the passage of the budget within the year is doable,” she told the Inquirer.

Garin, who served as health secretary under the Aquino administration, said it was more important to focus on Congress’ oversight powers in relation to public spending and to “check whether allocations for COVID-19 response are being spent on the ‘needs’ rather than ‘wants.’”

She said the money for the COVID-19 pandemic was “already sufficient.”