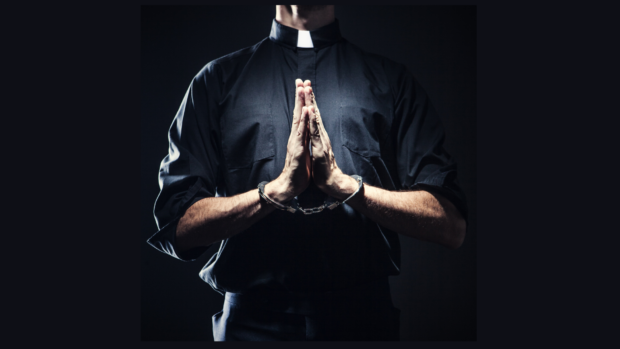 A priest was arrested for allegedly having sex with two women on the altar of a church in New Orleans, USA.

A passerby saw Rev. Travis Clark, 37, half-naked while having intercourse with the women in the Saints Peter and Paul Roman Catholic Church on Sept. 30 at around 11 p.m., as per The New Orleans Advocate on Oct. 8.

The women were said to be wearing corsets and high heels. Sex toys were also placed on top of the altar, which had stage lights set up near it. Meanwhile, a cellphone and a camera were mounted on separate tripods to record the alleged tryst.

The witness then took a video of the scene and reported it to authorities. When police arrived, they viewed the onlooker’s recording and arrested Clark, who was ordained in 2013.

Officers also apprehended the two women, Mindy Dixon, 41, and Melissa Cheng, 23. Though the act was consensual, authorities put them in custody on obscenity charges.

Dixon and Cheng told police that they were recording themselves in “role play,” as per report. Public records showed that the two work as dominatrices, or women who take the dominative role in sadomasochistic sexual activities. Dixon is an adult-film actor as well.

The three were eventually released after posting bonds. Clark paid $25,000 (over P1.2 million) while Dixon and Cheng both spent $7,500 (P362,000). They each face six months to three years in jail if convicted of obscenity.

Following the incident, Archbishop Gregory Aymond had the altar removed from the church and later burned. According to the report, a new altar is set to be consecrated today, Oct. 10.

Clark has also since been suspended from the archdiocese. Ryan Arcadio /ra