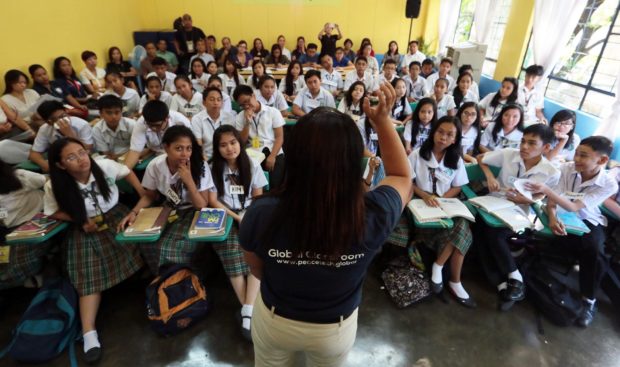 ILIGAN CITY – Enrolment in public and private schools in Northern Mindanao dropped significantly, based on data from the Department of Education (DepEd).

The enrolment in public schools dropped by seven percent while private schools  enrolments nosedived by 52 percent.

DepEd director Arturo Bayocot said he is  optimistic the enrolment level, especially in public schools, will rise as enlistments are still allowed.

He explained that parents may have had second thoughts about enlisting their children before because of the uncertainty surrounding the reopening of classes, which was postponed twice.

He added that at first, DepEd was not expecting such high enrolment in public schools due to health concerns.

At the national level, DepEd was targeting a student turnout of 80 percent from last school year’s level of 27.7 million.

According to Bayocot, the steep decline in enrolees led to the closure of 48 private schools in the region, 14 of which are in Misamis Oriental and 13 in Cagayan de Oro City.

Bayocot said that a big number of students transferred from private to public schools for the current school year.

Bayocot hopes DepEd can absorb some teachers who lost their jobs, either as substitutes or as learning facilitators who assist parents in delivering the lessons to their children.

In the Bangsamoro region, student turnout was only at 70 percent of last year’s enrollment, said lawyer Haron Meling, chief of staff at the education ministry.

Meling said the turnout in private schools is at 50 percent.   (With a report from Edwin Fernandez)