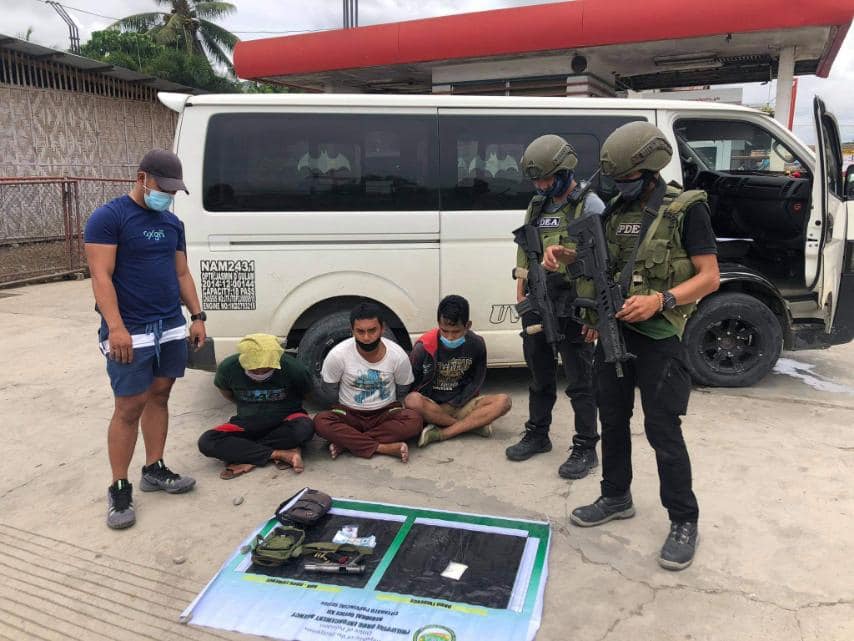 END OF THE LINE. The three drug suspects arrested in Pigcawayan town, Cotabato province on Thursday (Oct. 8) after selling meth to an undercover PDEA agent. PHOTO FROM PDEA

COTABATO CITY—Three suspects were arrested on Thursday (Oct. 8) after selling crystal meth, or shabu, to an undercover anti-narcotics agent in the town of Pigcawayan, Cotabato province.

The three agreed to sell meth in front of a gas station in Pigcawayan, arriving there in a van.

Seized from the suspects were 50 grams of meth, a caliber .45 pistol and the van they used in transporting the drugs.

Duquiatan said when arrested, the suspects claimed to be members of the Moro Islamic Liberation Front and showed showing identification cards bearing their names.

Duquiatan acknowledged the help of the Army’s 34th Infantry Battalion in the operation.