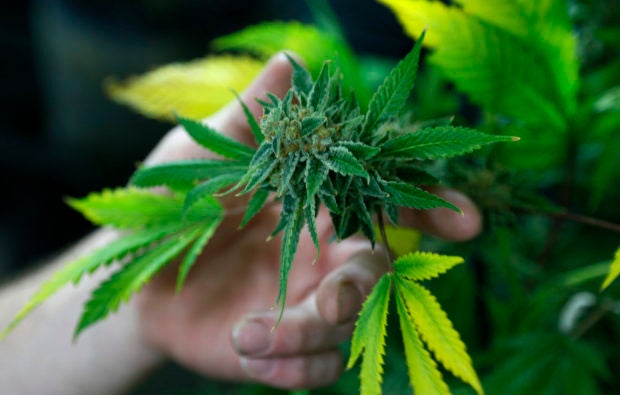 FILE PHOTO: A fully budded marijuana plant ready for trimming is seen at the Botanacare marijuana store ahead of their grand opening on New Year’s day in Northglenn, Colorado December 31, 2013. REUTERS/Rick Wilking

U.S.-listed shares of major cannabis producers surged on Thursday after Democratic vice president nominee Kamala Harris said marijuana would be decriminalized at a federal level in the United States under a Biden administration.

During Wednesday night’s debate with Vice President Mike Pence, Harris said she and Democratic presidential nominee Joe Biden would also expunge the criminal records of people convicted of marijuana-related offences in the past.

Even though many U.S. states have legalized marijuana use, banks and other traditional financial institutions have so far largely refused to work with the industry as cannabis is still a classified substance at the federal level.

“Access to safe banking will transform the industry, freeing up capital markets for investment and reducing the risk of operating a cannabis business,” said Keith Cich, co-founder of cannabis-related products manufacturer Sunderstorm Inc.

Regulatory issues have also restricted cash availability for companies in the nascent sector at a time when they are struggling with a lack of profitability due to high costs.

“From a business perspective, (decriminalization) will level the playing field by allowing companies to expense normal operational costs instead of being taxed on gross profit,” said Sam Armenia, vice president at producer C21 Investments Inc .

Harris, who has supported cannabis decriminalization even before Biden picked her as his running mate, is the lead sponsor of the Marijuana Opportunity, Reinvestment and Expungement (MORE) Act of 2019, which sought to end federal prohibition of marijuana.