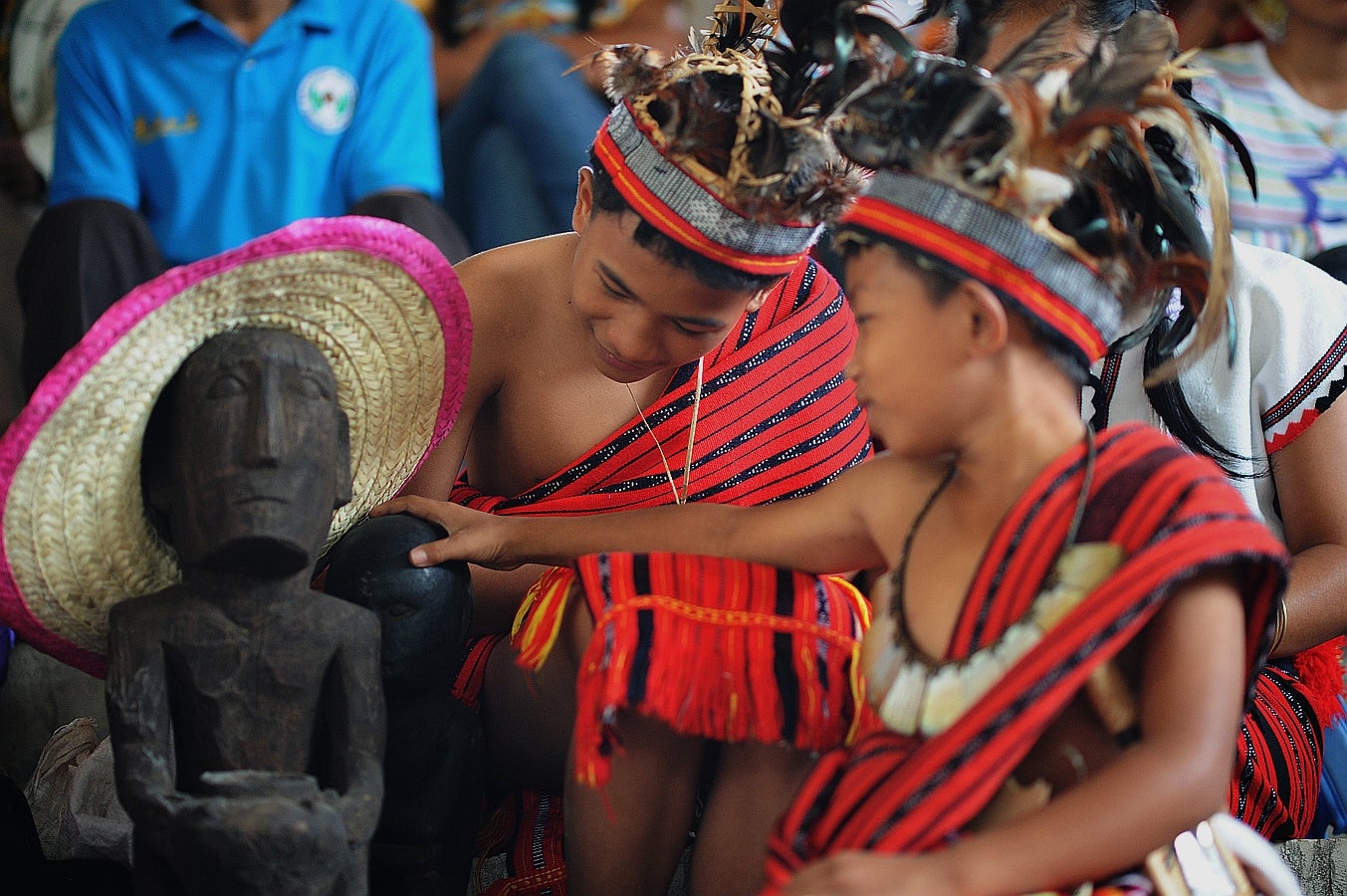 CULTURAL IMMERSION Children in the Cordillera are encouraged to participate in community festivals so they can learn from their elders their indigenous culture and practices at an early age. —EV ESPIRITU

BAGUIO CITY—The Department of Education (DepEd) is banking on indigenous peoples (IP) families in the Cordillera to incorporate traditional concepts, such as Ifugao rice planting practices, when assisting grade school and high school students in their home-based learning amid the pandemic.

Georaloy Palao-ay, DepEd Cordillera information officer, said students now have the chance to tap the indigenous knowledge of their elders when using online or printed workbooks on various subjects.

But IP experts and policymakers have urged the DepEd to allow them to review modules transmitted or distributed to children here and other parts of the country to weed out misleading or false information about IP groups.

Ryan Mangusan, a member of the Regional Development Council (RDC), said they had asked the National Commission on Indigenous Peoples to take the lead in correcting cultural misrepresentations in textbooks.

Mangusan, who is RDC private sector representative on IP concerns, facilitated a web-based seminar led by Dr. Raymundo Rovillos, a history professor and also chancellor of the University of the Philippines Baguio, on Wednesday.

While the country has recognized IP rights through the 1987 Constitution and laws, such as the Indigenous Peoples Rights Act of 1997 (Republic Act No. 8371), Igorots continue to be described as “backward” in policies and educational materials, Rovillos said.

The assumption that Igorots are “dirty, weak-minded and savage” is contained in mission and travel reports and photographs archived by the colonial governments, which are still reproduced by schools, he said.

Citing examples, he said a Grade 4 textbook situated the Banaue rice terraces in the Ilocos region and an Ilocano K-12 textbook noted that Igorots live in the mountains of Ilocos Sur, Ilocos Norte, Pangasinan and La Union provinces.

Some textbooks also stated that Igorots live in “Italia” and in Zambales province. “It is so unbelievable that there is still this grave error in books read by millions of children,” Rovillos said.

Cultural misrepresentation occurs “due to ignorance and lack of cultural knowledge and this is something we can correct,” he said, even though revising textbooks would be expensive for the government.

Corrections need to be done because “false, chauvinistic and discriminatory” characterization of the IP is presented as factual, he said.

Blogs and online exchanges on social media carry the same images of the Igorot, “which are taken as truth because the falsehoods are repeatedly taught to children from kindergarten to college,” he said. —VINCENT CABREZA