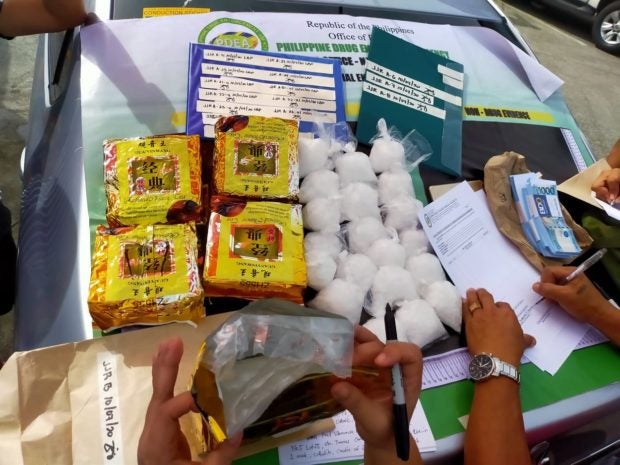 The PNP and PDEA arrested four people in a buy bust operation in Batangas province that yielded 7 kgs or P47.6 million worth of alleged shabu. CONTRIBUTED by Batangas PNP

The local police and members of the Philippine Drug Enforcement Agency-National Capital Region carried out the operation around noon on Wednesday in a parking lot of a commercial complex in Barangay San Antonio, Malimban said in a report.

Authorities found seven kilos of the alleged drugs inside the suspect’s vehicle.